There aren’t many German places in town. The only other options I can think of are The Bauernschmaus and German Cultural Centre. Haus Falkenstein opened awhile back but then closed due to a fire. They re-opened recently so we decided to give it a shot on a Friday evening. We actually tried to go on an earlier Friday but they were so busy that we went elsewhere. 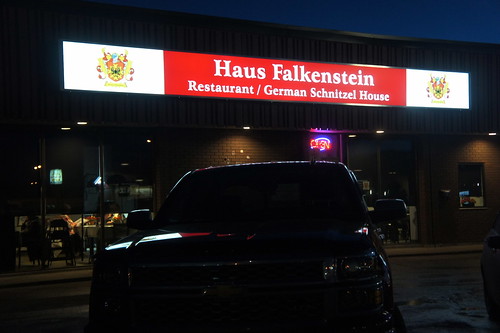 Note their hours: closed Monday and Tuesday and they’re only open from 4:00 – 9:00pm. I’d highly recommend reserving ahead if you’re planning to come on a Friday or Saturday evening. That or go early ’cause it’s busssssssy. 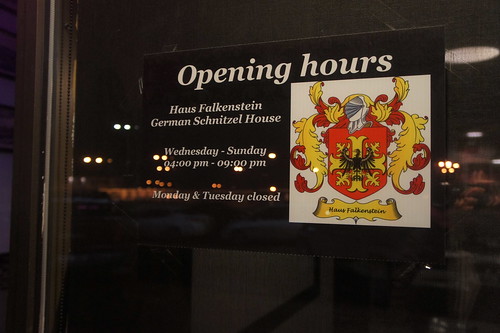 The inside is bright, almost sterile. We were seated in one of the booths/tables at the back but the seating is large and awkward. The clientele is an interesting mix of olddddd so you know you’re in the right spot for German food. 😉 They clearly have a well established clientele. Average age has to be at least 70. 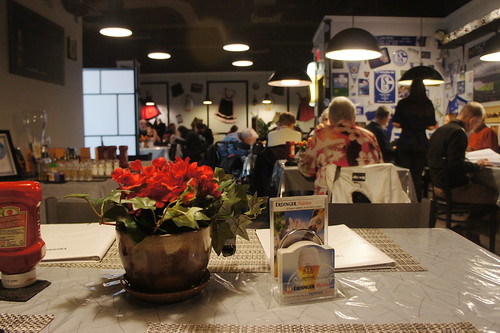 The menu is expansive but mainly due to their Guinness world record of having the most varieties of schnitzels (see 1, 2, 3, 4, 5 and 6). The menu is an interesting read – there’s a FAQ justifying why they use processed cheese and canned mushrooms. 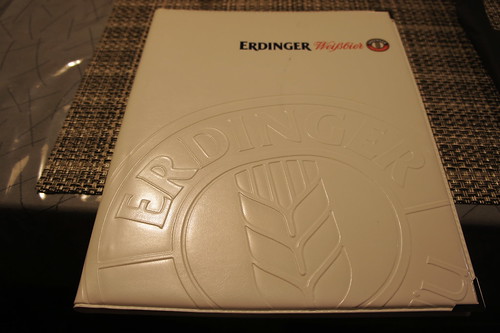 You can get half orders of schnitzels ($14.50) but it doesn’t really make sense to do that. You might as well get a full order for a few dollars more and save the leftovers. 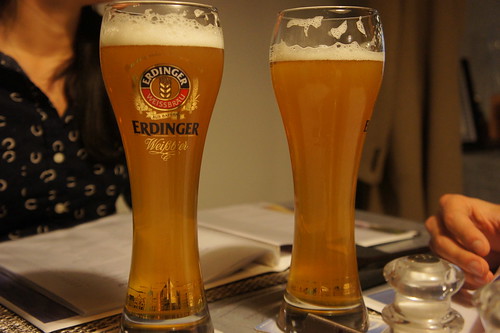 Beers come in 0.5L or 1.0L sizes. Everyone got 0.5L, which was good enough. M and T tried out the erdinger weissbier, a wheat beer, which was easy to drink. Av tried out a bitburger (not pictured). 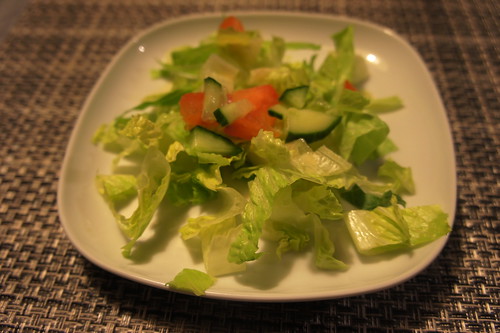 Complimentary salad for everyone. It doesn’t look like much but the dressing had a light tangyness to it. 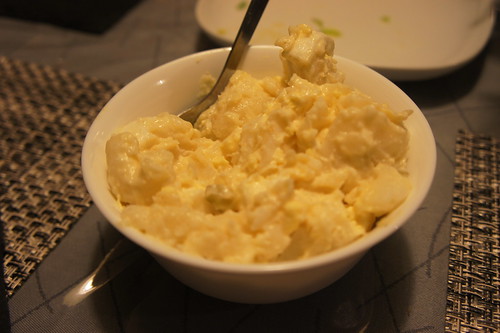 M really wanted to try their potato salad so she ordered a side for the table. I’m not a huge potato salad fan but this was good. Just the right amount of creaminess. 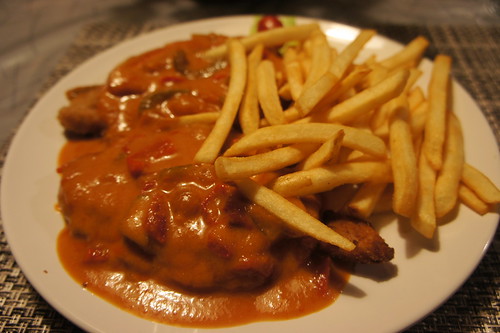 Homemade red and green pepper cream sauce. The portion size is quite generous. You could easily share the two pieces of schnitzel. 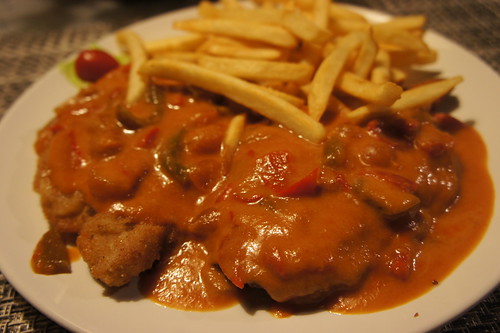 The sauce was smooth, creamy and tasted exactly how I’d imagined a pepper sauce to taste like. Kind of boring near the end though as all you’re eating is meat and fries. 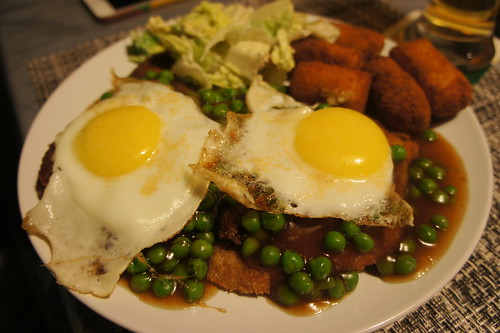 Gravy, peas and sunnyside up eggs. M also subbed in the homemade potato croquettes ($5.00 extra). The croquettes were awesome! Pricey but good. Her dish was more interesting with the peas adding some vegetables and lightness to the dish. 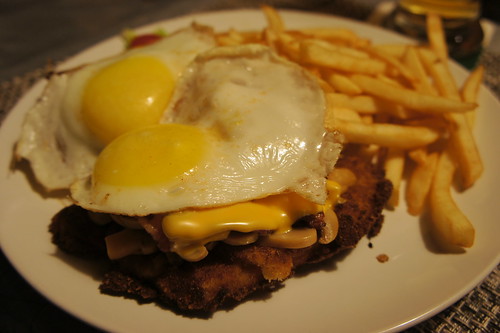 Mushrooms, bacon, cheese and sunnyside up eggs. Av ordered the Lethbridge and it was gone in no time.

I’m always happy to see more restaurants on the west side. This is another solid entry.