Elm Café has been on my list for forever to try but it’s a bit too much effort to try and get downtown to eat during the work week. It’s one of those shops that closes early. Well, I finally made it out and met up with my boy G for lunch Thursday. 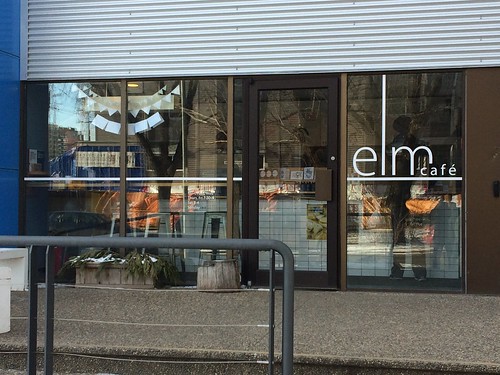 The inside is TINY (it’s oddly similar in size and layout to Farrow Sandwiches). There’s exactly four stools to sit at inside so most people were taking their goodies to go. There is some bench area outside where a few tables are put out for the summertime. 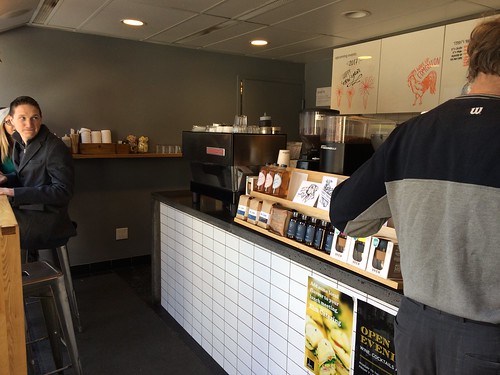 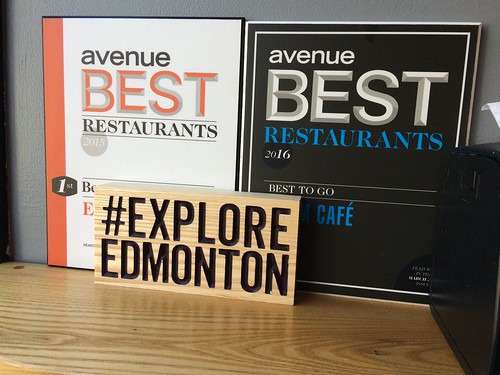 The list of drinks is small but they have a daily brew and espresso. 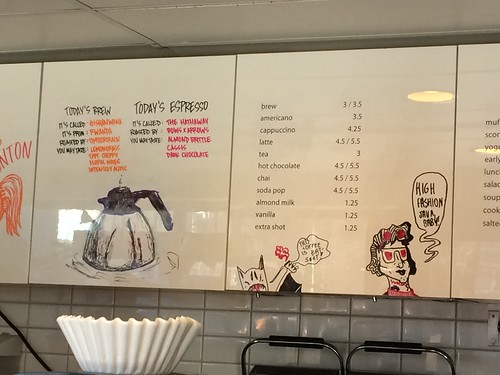 They were already out of soup when we arrived but they do two sandwiches: earlies ($8.00) and lunch ($9.00). Check their Twitter feed (@elmcafe) for their daily specials. 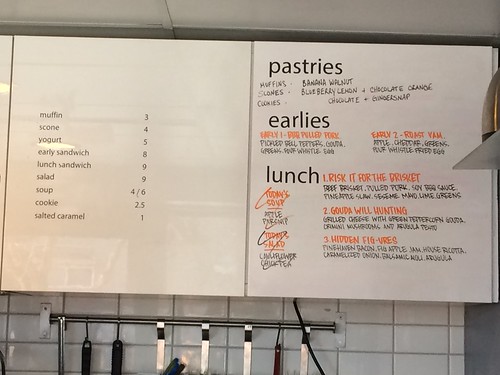 Pastries change daily but there are muffins, scones and cookies. 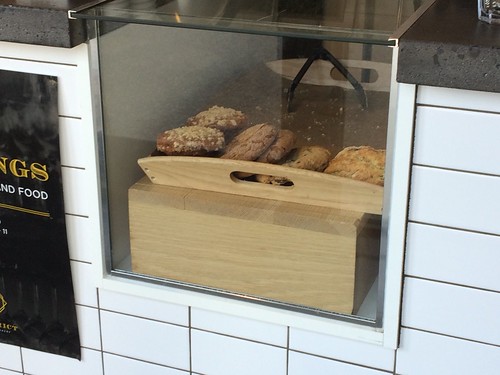 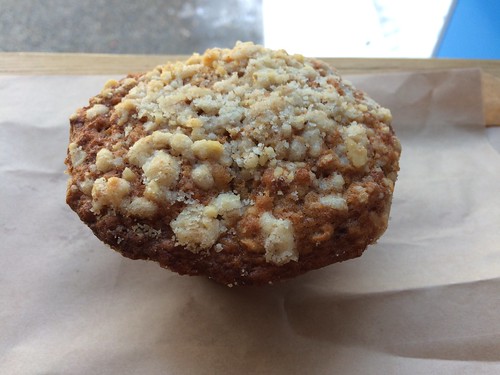 The muffin was satisfyingly moist with a banana bread like consistency and walnuts mixed in for good measure. Perfect to eat while we waited for our sandwiches to grill on the panini machine. 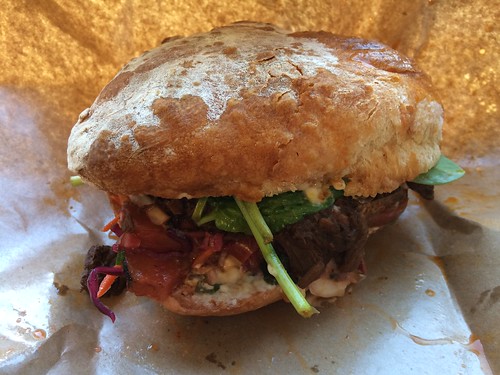 Beef brisket, pulled pork, soy BBQ sauce, pineapple slaw, sesame mayo, lime and greens. Beware, this sandwich was one hot mess. Sauce was oozing everywhere but it was worth getting your hands dirty for. Meat was tender and tasty, pineapple added a bit of sweetness and the spinach/coleslaw mixture gave it a crunchy bite. 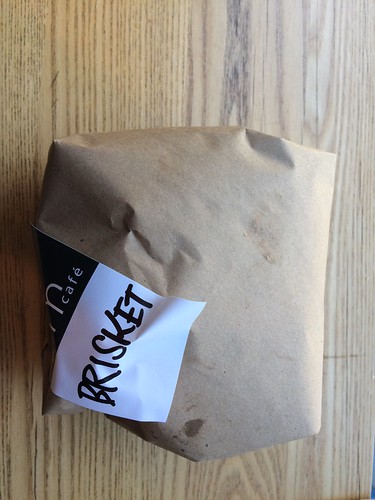 If you plan on coming often, grab one of their stamp cards. It’s buy 12, get the 13th free – helloooo deal (cue eye roll numero deux). Maybe if you could use it at their other locations (Burrow Cafe, Little Brick and District Cafe)…anyways, cool lil’ sandwich spot.