I’ve never been to the continuously expanding Quickly roster in Calgary (now with four locations and counting) but I have been to the one in Edmonton. Tomtom absolutely loooooooves this place but Nbread is the complete opposite. He’s ready to boycott them 😉 That joke that Quickly should be called Slowly? Very, very justifiable. 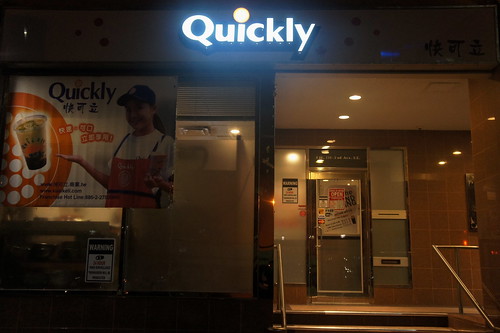 We came to the Chinatown (OG location) after our late night dinner to grab a couple more bites to eat along with some bubble tea. The place was busy enough but in no way was it packed. Service here, not going to lie, was painful. 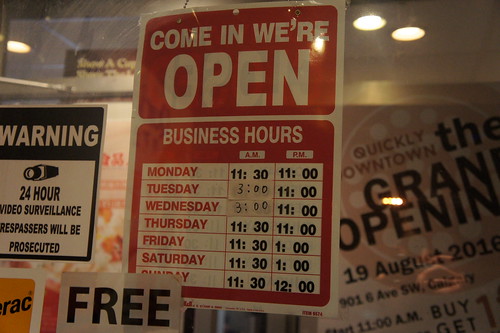 We sat down and were given menus. After we had decided what were going to order, we attempted to get the eye of one of the workers. One worker stopped and literally told us to give her two minutes. Maybe 15 minutes later she came back. That would have been fine but our orders took forever to come AND the way they came out was so random. Nbread’s traditional milk tea came first, followed by another 15 minute intermission before Tomtom got his grass jelly. Then another long wait time for our snacks. We ate dinner faster than it took for Quickly to get our order right. Brutal! If you’re in a rush/have other plans, don’t come here. 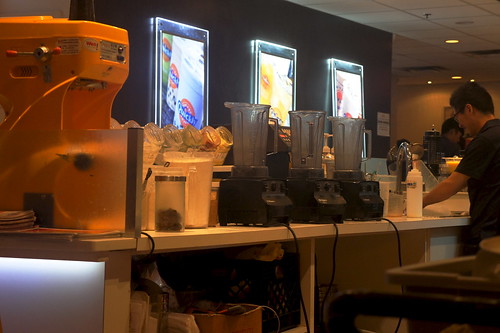 They only have three Vitamix’s to make their drinks. Maybe get more? 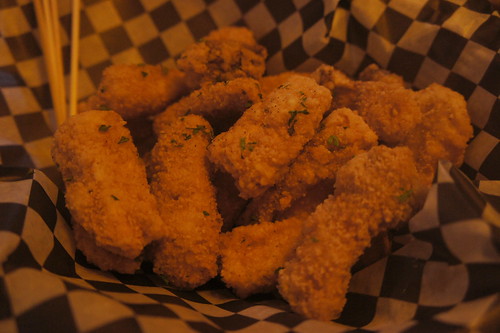 Tomtom swears by how awesome their Taiwanese popcorn chicken is. I thought they were good – hot, well seasoned and crispy but the rest of the gang said this wasn’t up the the norm. I like the little sticks they give you to grab each piece.

This was the first time anyone’s ordered this dish. Everyone enjoyed this more than the popcorn chicken. Nice breading and the mushroom’s inside were tasty. 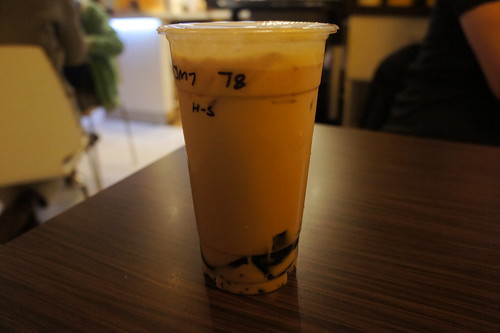 Tomtom’s bubble tea of choice for the night. I’d already had BBT earlier so I didn’t bother getting one here. Plus, I wasn’t a big fan from the ones I had in Edmonton so…