Hardware Grill is a staple in Edmonton’s high end dining scene but I’ve never stepped foot in here. Mostly known as a special occasion place, HG is trying to rebrand themselves as a pre-event place to dine while you’re in downtown. The $50.00 prix-fixe, three course menu is a much more reasonable deal (compared to their regular dining menu) along with them finally re-opening for lunch. 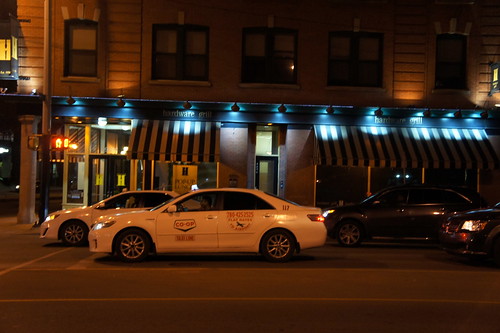 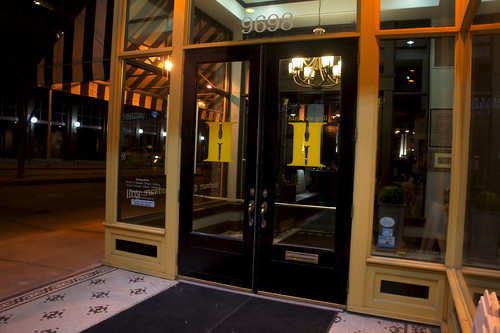 We decided to check Hardware Grill out on the last Friday that they were offering their 1996 prices, which was celebrating their 20 year anniversary. Wow. We made reservations online and I could only grab a spot at 7:45pm, which was bizarre because when we were there, there were several empty tables. 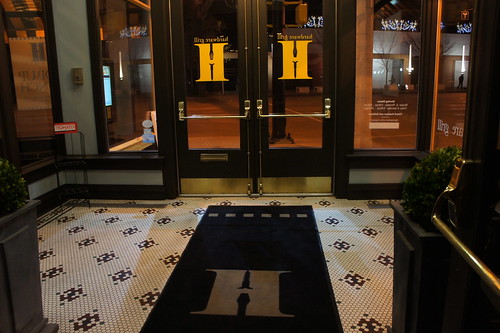 Even though they were supposed to have their ’96 prices still on, not a peep was mentioned of it until we specifically inquired with our waitress. Not a fan when restaurants do this. Are they trying to make the average dinner feel bad about it? Is that the goal? It feels like when you see a Boxing Day ad for a sale on something, go and then find out they only offer one. Brutal. 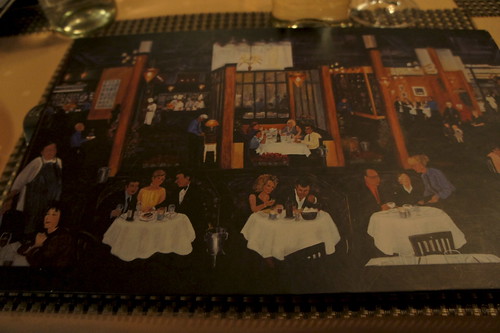 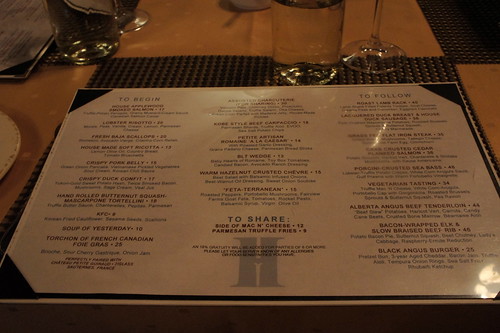 The regular menu is pricey with the entrees averaging in the $40.00’s range. Maybe one day when I’m ballin’. 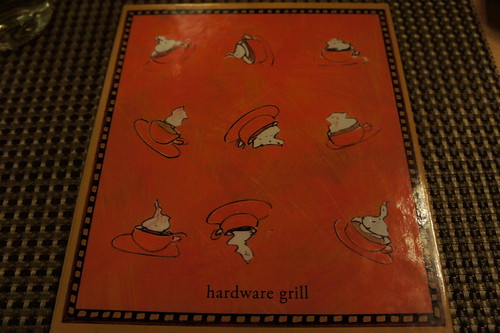 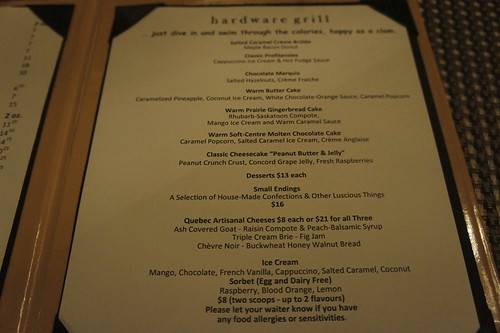 The dessert and spirits menu but no one wanted to order anything from here. 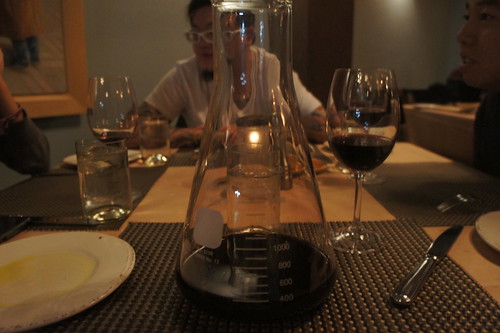 We left the ordering to M who is the wine wizardress. We aren’t wineo’s so she went with something a little less sophisticated (aka. cheaper) and decided on a malbec. The beaker shaped decanter is hilariously large. According to M, the wine was having trouble opening up. 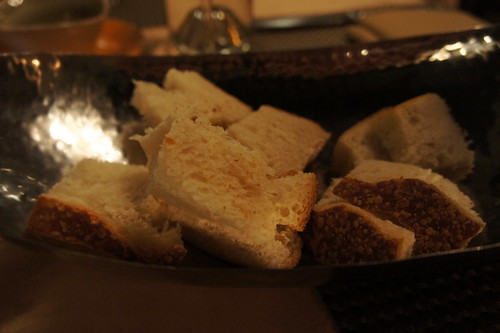 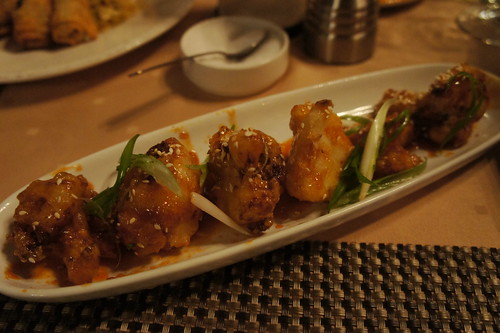 Korean fried cauliflower, sesame seeds and scallions. Crunchy batter but not really worth the price tag. You get about six pieces. If you’re a fan of Chinese Canadian sweet and sour pork, then you’ll like this sauce. 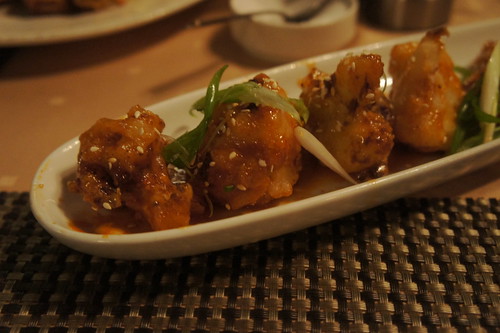 Closeup of the KFC. 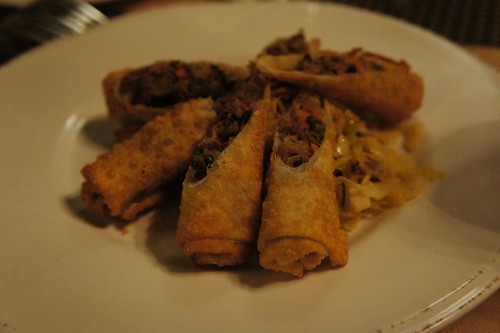 This was one of the appetizers from their 1996 menu. This appy was much better. Good amount of duck inside, rolls came out crisp and the side of Asian coleslaw had a light, balancing contrast. Only bummer was our waitress took our dish without asking whether we were done with it when there still was some food left on the dish. 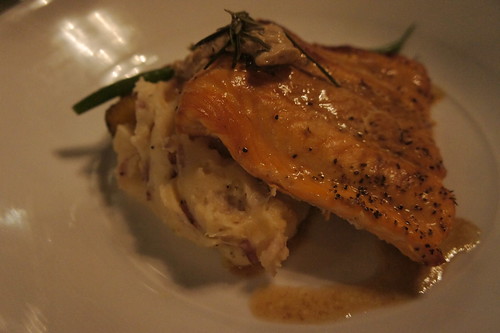 Mashed potatoes, green beans, squash, some sort of pate and salmon. There were only six salmon dishes left when we were choosing what to order so we decided to just stick with their ’96 deals. Totally worth it! Salmon was cooked perfectly – tender, moist and well seasoned. 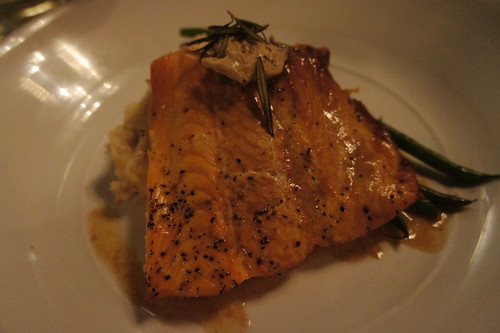 The mashed potatoes were excellent along with the squash. Everyone was a bit puzzled by the pate sauce that was placed on top of the salmon. 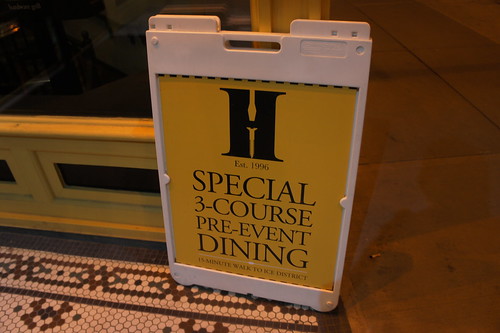 Happy I was finally able to try out Hardware Grill. I wouldn’t mind checking them out again for lunch where the price point is much friendlier.