Hello more new Korean places. Miga’s been on my radar ever since they opened back in October. I’ve been wanting to check them out for awhile but kept on getting delayed for one reason or another. My squash buddies went out to check it before me and feedback was good. Only thing they warned me about is that their portions are smaller than normal. 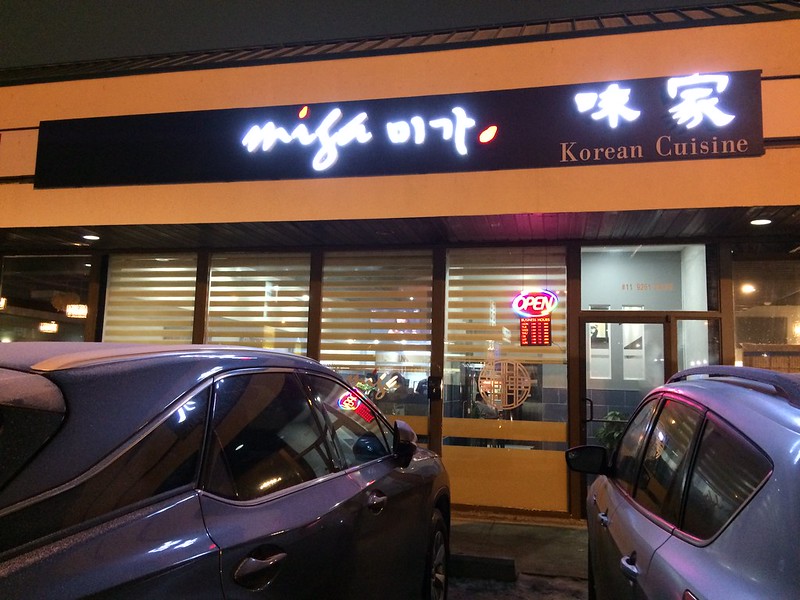 There’s a new Korean place opening up next door to them called Pocha Seoul. 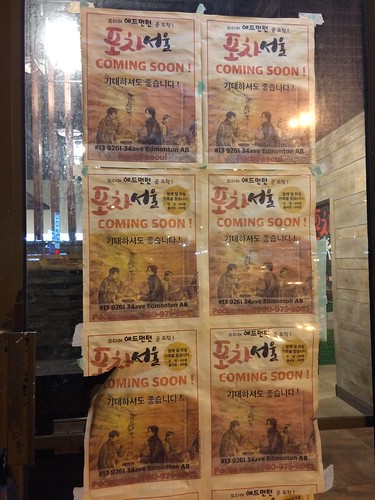 Hours are pretty identical to nearby Korean Grill. Damn, so much good eats nearby. Hilariously, their music is similar. Good ‘ol Korean EDM beats. 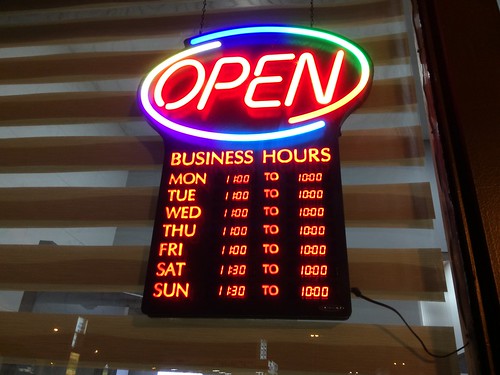 The inside is new and has plenty of tables (can fit about 60-70 people easily). 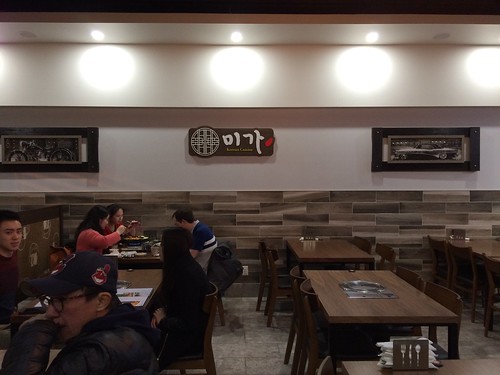 The menu is beautifully presented and split into appetizers, entrees, hot pot, bi-bim-bap, fried rice, don katsu, fish and noodles. Drinks and “sprits” round things out (click here to see the full menu: 1, 2, 3, 4, 5, 6 and 7). 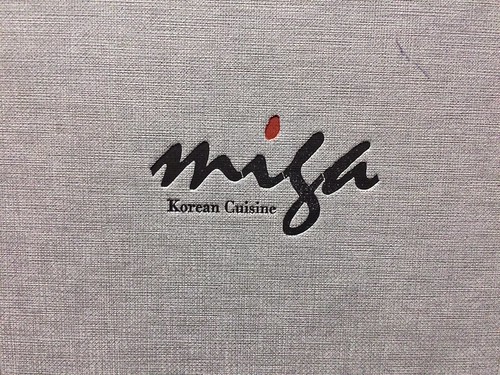 Service was very good. The staff were very accommodating and knew exactly what ingredients were in all their dishes. Don’t be scared to push the button at the table to get their attention. Heck, they even personally cut the crab legs so that we could eat them (Koreans bite them with their teeth but there’s no way that’s happening in our family. Long story) since they didn’t have any shell crackers to open them with. 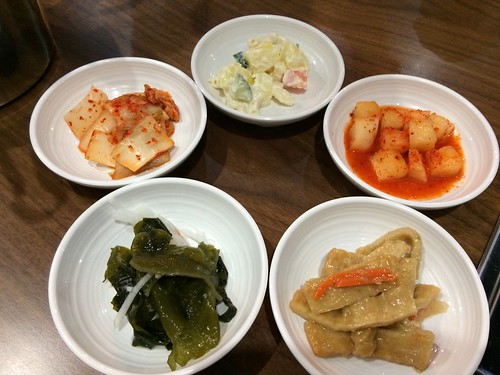 They bring out five types: kim chi, potato/pasta salad, cubed radish, dried squid and seaweed. The last two were my favourite. Bonus that they brought us out a second round when they saw we were out; we didn’t even have to ask. That’s a first! 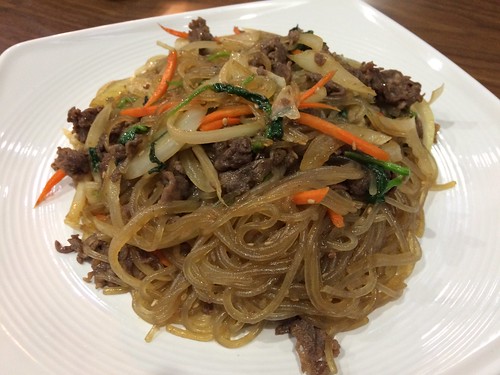 Japchae hit the spot. Great bite and texture to the clear noodles and beef was tasty. However, it’s a couple dollars more expensive than you’d find elsewhere in the city. 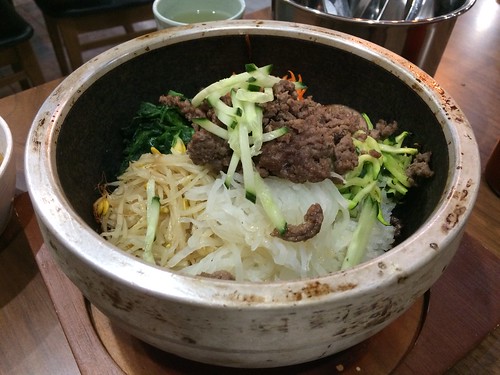 Mountain vegetables with beef, egg and rice in a hot stone bowl. We got the egg on the side to cater for my sis. The bi-bim-bap was pretty standard but it was nice to get lots of crunchy rice bites from the scorching hot pot. 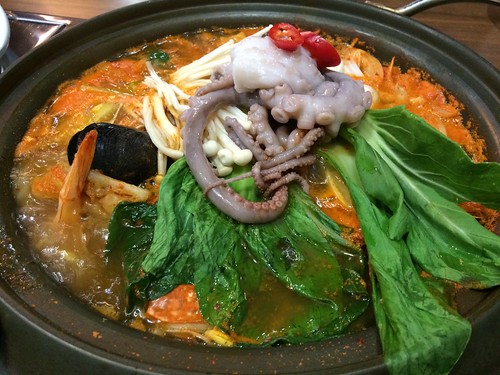 The hot pot also came with two bowls of rice. There’s no noodles in their seafood hot pot but it was filled with a decent variety of things: crab legs, enoki mushroom, shrimp, mussels, onion and bok choy. The soup wasn’t very spicy – I’d ask them to kick it up a notch next time. 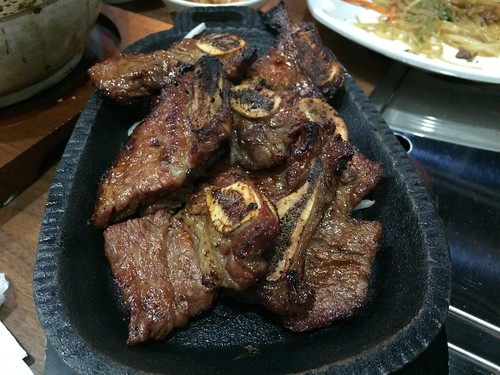 These were excellent. Sticky, sweet, tender and perfectly sized. These were the highlight. I think they come with a bowl or two of rice. 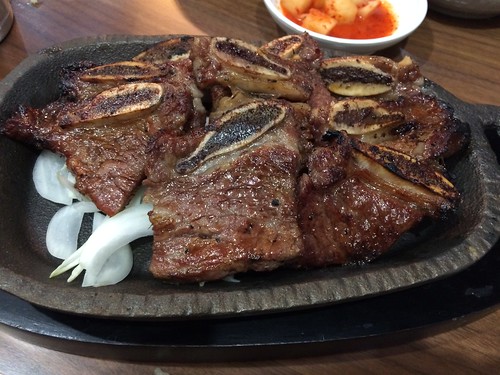 So good that we had to order a second one. 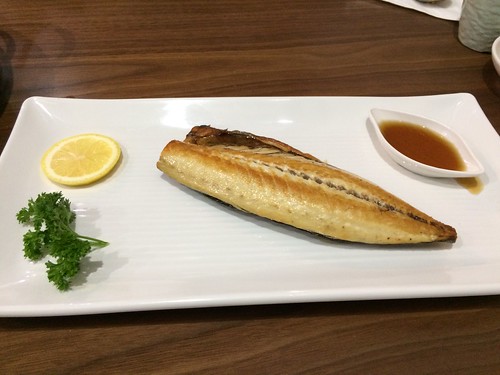 The mackerel was my least favourite dish of the night. The portion was meager and flavours were really subtle. The fish was slightly overcooked for my tastes. Skip it. 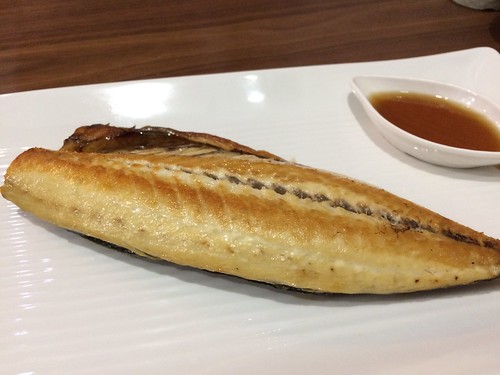 Closeup of the mackerel. 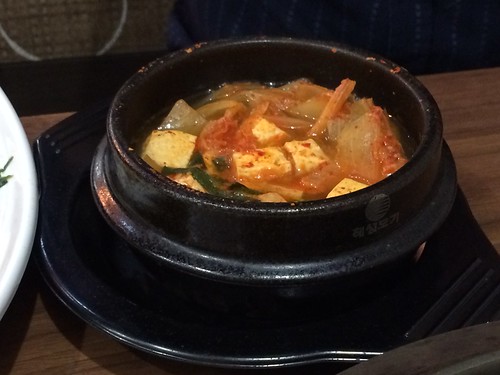 It also came with a side of kimchi tofu soup.

Another solid Korean entry into the crowded south side of good eats. I’ll be back to try a few more things soon.