It’s been forever since my last visit to DaDeO’s. It was pretty packed for a Monday night but I guess that’s not surprising given the fact it’s $12.00 po’boys (also same deal on Tuesday’s). 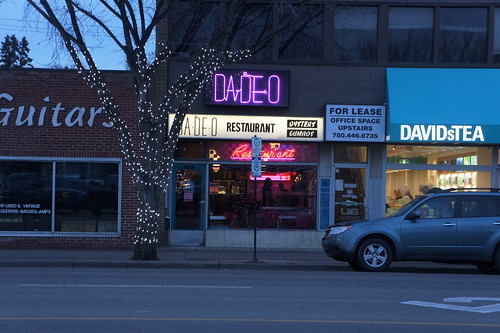 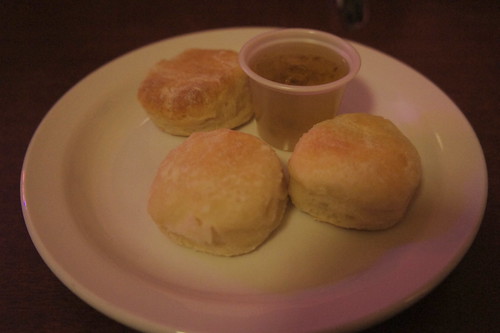 Comes with a side of jalapeno jelly. These are money; that jalapeno jelly is addictive. Just the perfect amount of heat to whet one’s appetite. 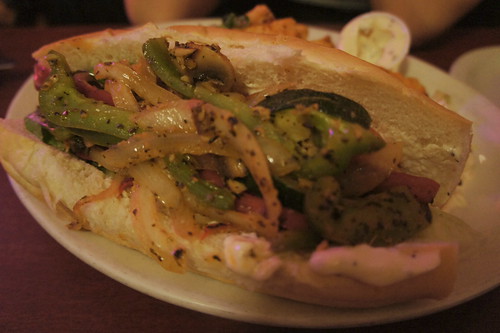 Sweet peppers, onions, zucchini, and mushrooms served with herb mayo, lettuce, and tomato. I always complain about how I wish their bread was toasted and this was no different. The sauteed veggies were great but it needed some protein in it to balance things out. That’s where the blackened chicken came into play (for me at least). 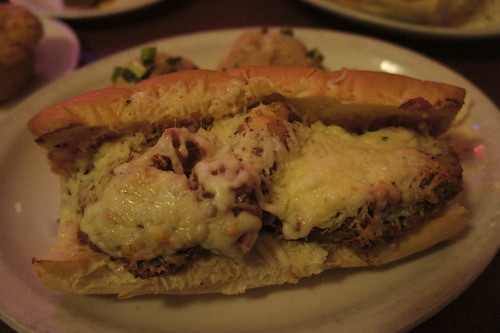 Lightly breaded eggplant covered in tomato sauce, mozzarella and parmesan. This one actually had a decent crunch to it! Smelled heavenly smothered in all that cheese. This one was the better of the two vegetarian options. 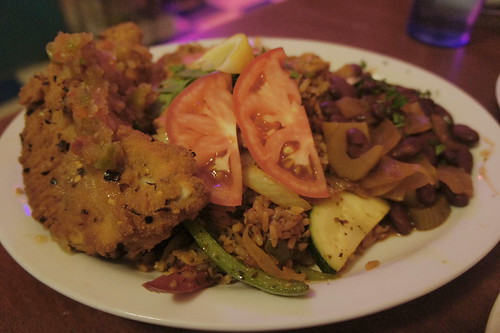 BBQ beans, veggie jambalaya and fried eggplant garnished with tequila salsa. This is one of their combo platters, which lets you try a bit of everything. The eggplant was oddly bland. I don’t think they put any sauce or marination on it. They just deep fried it, which resulted in no taste. The jambalaya was better but the star of this dish was the BBQ beans. Super flavourful and oh so tender. 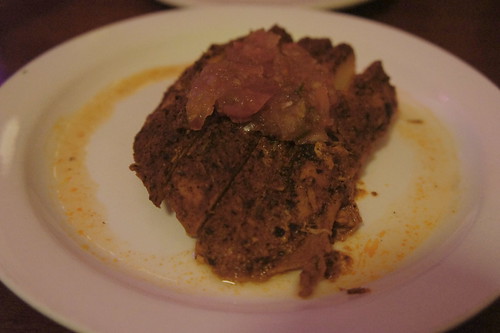 Their blackened chicken (and catfish which I’ve had previously) are good here. You get a small chicken breast (about 5 slices) but it is quite tender. 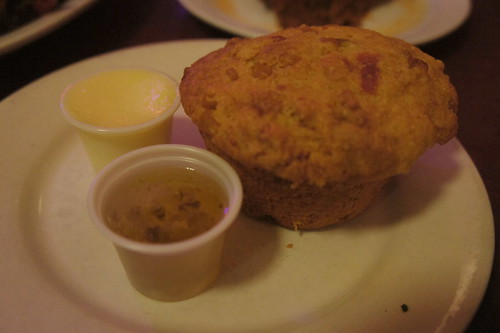 The cornbread was decent but it was more grainy and coarse than I would have liked. The butter it came with was rock hard but at least they had a side of jalapeno jelly that you could smother on.

Lots of good stuff here. Hours are great, staff is friendly and one of the few spots in town to get your Cajun/Southern fix. I’ll be back soon!