Let’s keep this short and sweet. Campus Pizza is a random little pizza joint located in the McKernan neighbourhood. The closest restaurant it’s by is Bistro 76, which I haven’t been to since it re-branded from Enzo’s. Slightly off the main path of 76 Avenue, blink and you’ll miss it. 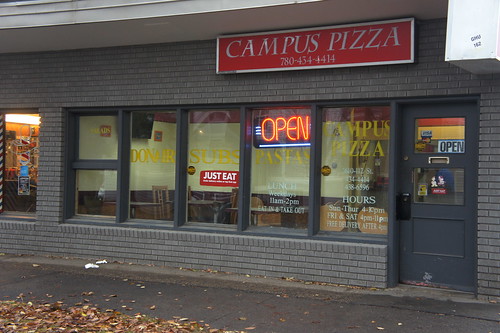 We decided to grab a pizza for takeout on an early Wednesday afternoon. Takeout is the way to go – the inside is pretty shabby so I wouldn’t bother staying here to eat. I was a bit surprised to see two older Asian gentleman running the pizza joint – can’t say you see that too often in Edmonton. 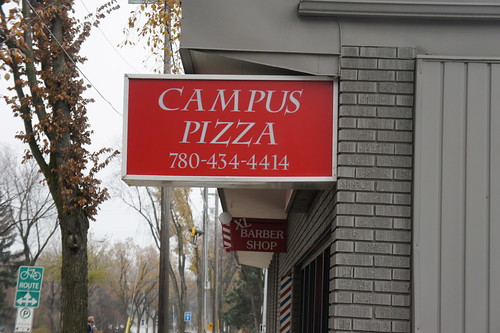 The menu if you want to take a look. There’s seven pizzas to choose from unless you want to customize your own 1/2/3 topping pizza. Heck, there’s even donairs here. They ran out of takeout menus even though they had just opened up for the day. Alright… 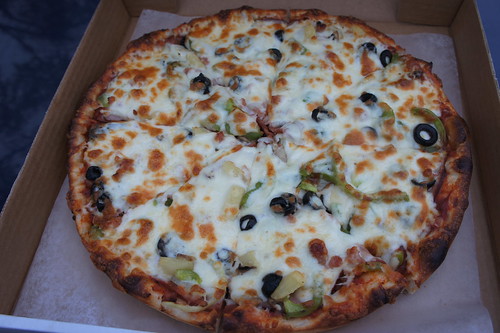 Pepperoni, ham, mushrooms, green peppers, onions, pineapple, black olives and bacon. A medium (12″) is good enough for eight slices and can probably fill up two people. We ate about 3/4 of our pizza and then saved the last two slices for another day. What to say about the house special? Crust was decent with a nice crunch but the more you moved into the center of the pizza, the soggier it became. 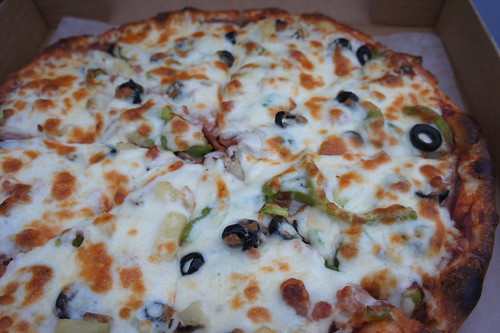 In a nutshell, this is  “Canadian-ized” pizza. Thick, greasy, cheesy overload. Taste was your typical, run of the mill pizza.

For $20, I’ll try my luck at another pizza joint in town.