One of our last meals while we were in Hawaii. All trips must end at Don Quijote – best place to stock up on Hawaiian goodies to bring back to friends and families. We came on a Saturday afternoon and I was hungry. I spotted Hokkaido Ramen Santouka, which never existed the last time we were here. 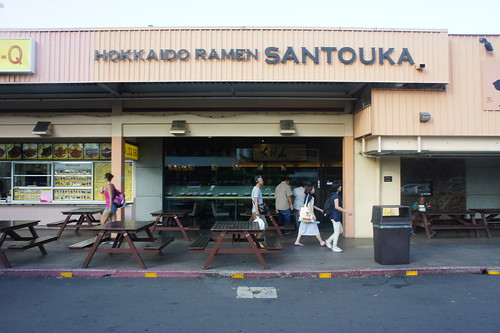 I’ve been to the Vancouver location so thought I’d give their Hawaii satellite a try. Plus, I never got to eat any ramen so it seemed like destiny. The menu is endless but I decided to try their tsukemen (dipping ramen) while my sister snacked on a few different desserts. 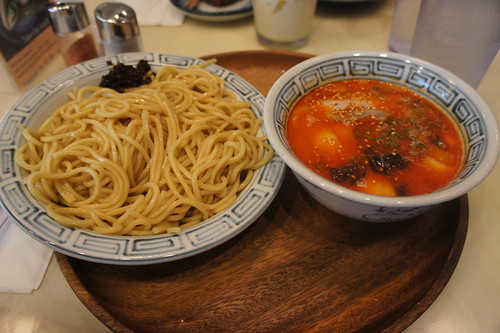 I don’t think Santouka is known for their tsukemen but I decided to give their version a try. There’s two options to select from (the other being shoyu tsukemen) but I went with the karamiso (spicy) verison. I don’t think this picture does the noodles justice. They give you TWICE the amount of noodles as their regular ramen orders. 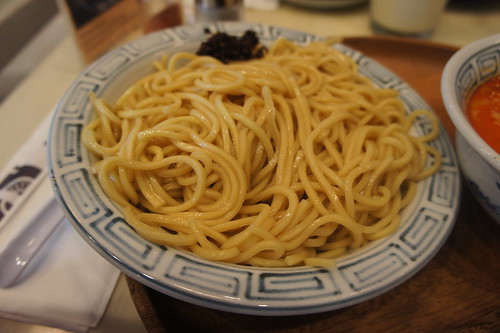 An absolutely massive portion. I was struggling to finish but somehow managed to do so. I found the noodles were really thick, firm and heavy compared to some other places where I’ve had tsukemen. Personally, I wasn’t a big fan of these noodles. 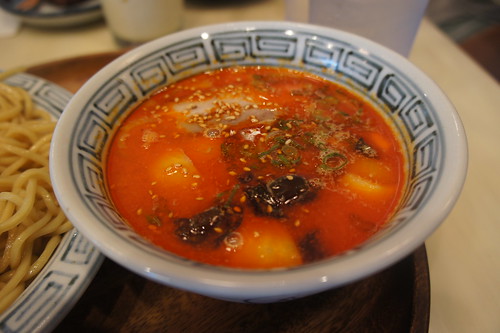 The spicy broth hit the spot. Rich and creamy. Just look at that deep red colour. 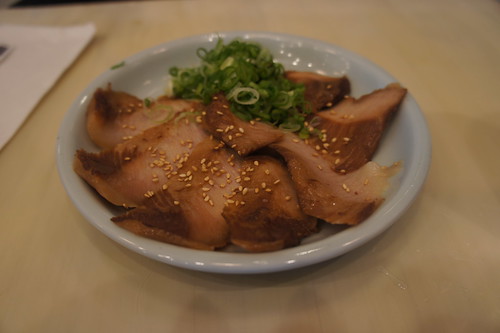 Simmered pork cheek meat. These are apparently Satouka’s signature. Not really great eating on it’s own but when you dip it into the broth, it’s much better. 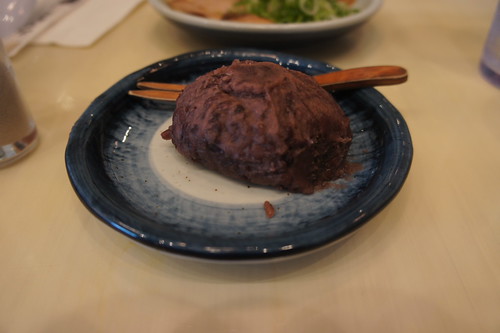 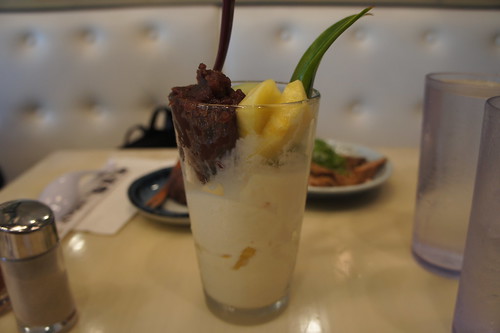 Matcha ice, vanilla ice, sweet red bean and pineapple. This dessert was awesome; light, refreshing and just sweet enough. My sister made me eat half of this even though I was stuffed to the brim from my bowl of tsukemen. Jerk.

Tough to compare as I haven’t been to any other ramen shops in town but Santouka will likely satisfies your ramen cravings. I’m on the fence.