Veggie Garden might just be one of the most underrated restaurants in Edmonton. Who gets all the love when you think of vegetarian restaurants? Padmanadi’s. Why? Couldn’t tell you the reasoning behind the (over)hype. Some things just puzzle me to no avail. 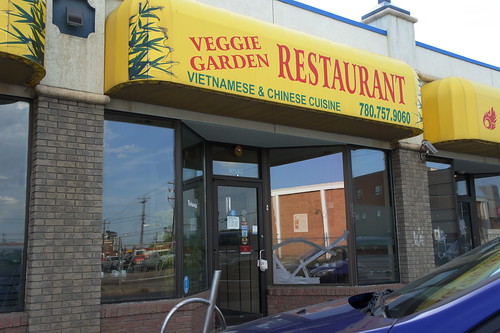 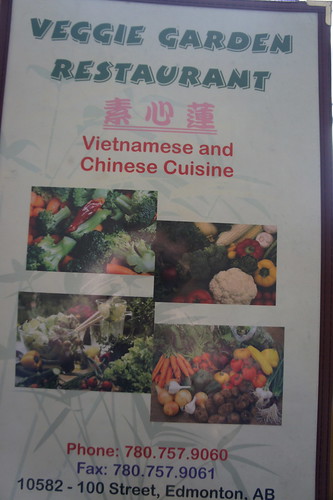 Sure, this might not be the nicest neighbourhood in town but it’s called Chinatown for a reason. Plus, they lock the door to keep out the bums roaming the streets. I’m not even kidding about that part. But seriously, nothing to worry about. The inside is pretty typical Asian style – even my parents didn’t think it was that shabby. We came for an early Thursday night dinner and I was happy to see they had a couple other patrons. 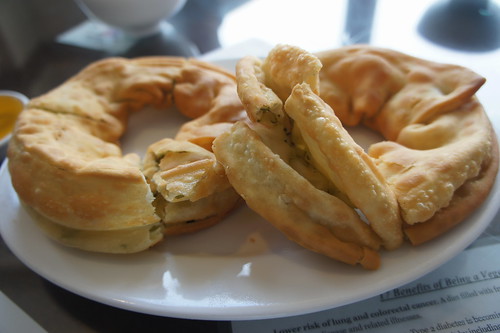 Comes with a side of mango plum sauce. The cakes were fresh and didn’t taste greasy. Never had cilantro ones before but the cilantro flavour was pretty subtle. 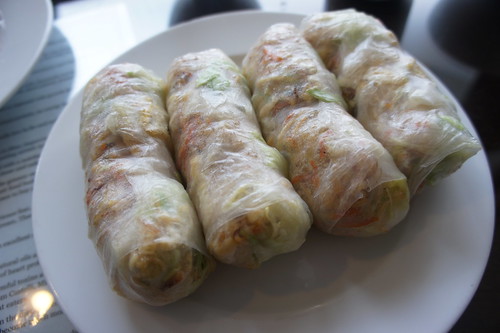 I’ve honestly never been impressed by many salad rolls in town. My friend S recommended we give these a try so we did. Absolutely bomb! I’ve never had jicama before but methinks this should be part of my diet. Think of it like a yam bean. The side dipping sauce put it over the top with a mix of sweet, tangy and sour. It even had some chopped peanuts in it. 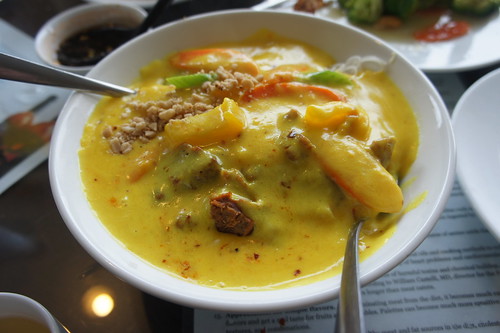 Comes with your choice of vermicelli or rice. This is spicy as you can see the red chilis mixed in with everything. The “chicken” was pretty tasty although we couldn’t figure out what type of spice was in it. Tried to ask the waitress but there was a bit of a language barrier with her – she kept on saying “yes, it’s spicy”. Haha. Think it was five spice? The yellow curry was thicker than your normal ones you see at Thai restaurants but ginger was quite prominent flavour wise. 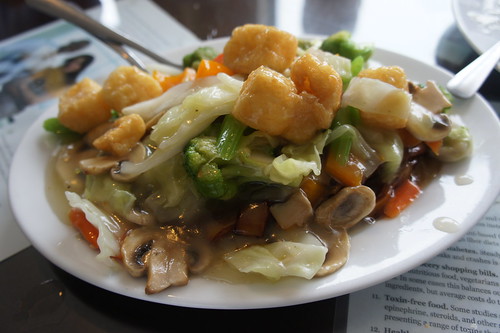 Comes with mushroom, shiitake, tofu and mix vegetables. These were just like chow fuun. B could tell that the noodles were fried separately  – they had a nice wok hay. 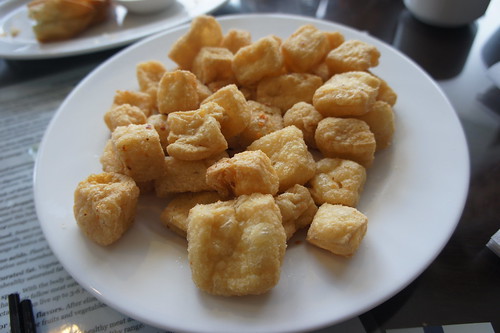 These were almost like tofu puffs. Lightly fried with chili flakes and salt thrown on top. We found this dish was too salty. Likely would order something else next time. 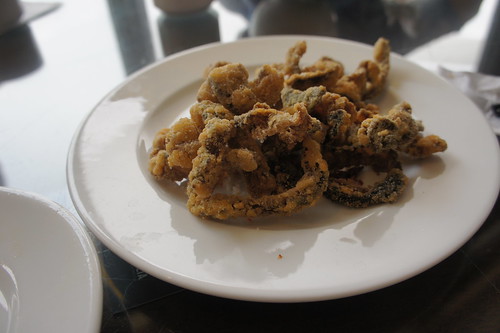 S also strongly recommended the deep fried shiitake, which I had trouble finding on the menu as there were a couple shiitake options to choose. We asked the waitress and she immediately told us #39 so I’m assuming this is a popular order (and rightfully so). These were scrumptious. Reminded me of deep fried calamari. Nicely battered, crispy, crunchy, I kept on reaching for this over the tofu. Funny how someone said these reminded her of spider legs. I don’t see it. 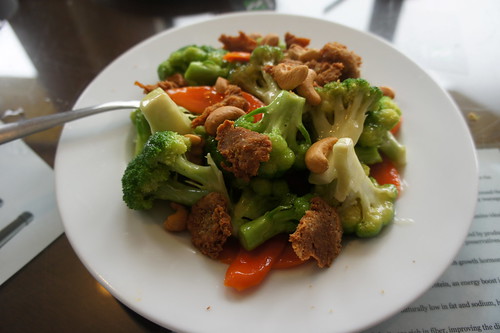 This was supposed to be snow peas with veggie chicken and cashew nut but they were out of snow peas for the night. They switched in broccoli as replacement. Pretty standard dish here.

Vegetarian food is never a first choice for me but VG is pretty impressive. Prices are stellar – I doubt you’ll find anything cheaper that specialize in this niche. This should definitely be on top of your list if you dig vegetarian food. Or Asian for that matter!