Let’s keep this short and sweet. Dbone and I are always on the lookout for new places to try. Sharon posted about a new smokehouse BBQ that opened up so Friday seemed like the perfect time to give it a try. “Smokehouse” in quotations; it’s a huge stretch to claim that here. 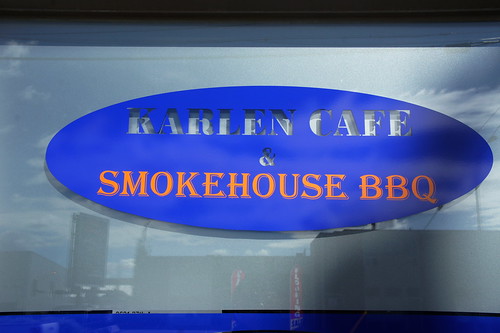 It’s located inside Karlen Elecom so if you’re looking for the cafe, look for that instead as the restaurant sign itself is minuscule. The inside is a mix between an office and lounge area for workers. There was a simulation driving range in the back and a pool table upstairs. Not sure if you’re allowed to use it or not. 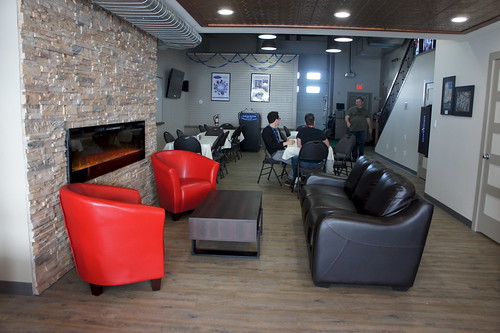 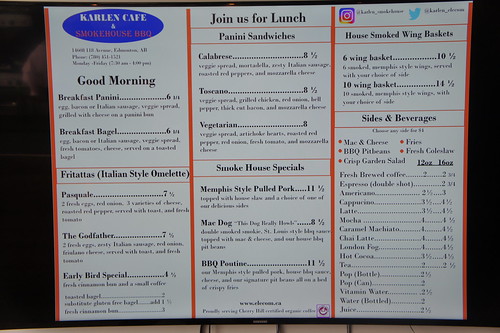 Maybe we should have just ordered the cinnamon bun and coffee deal. 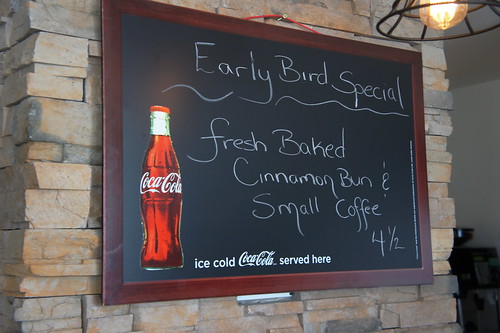 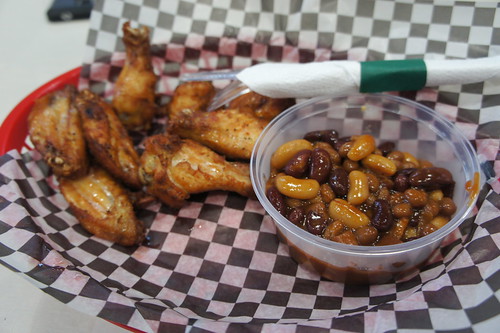 Six pieces of smoked, Memphis style wings served with a side. We opted for the BBQ pitbeans, which was probably the best thing out of everything we ordered. That’s not saying much. 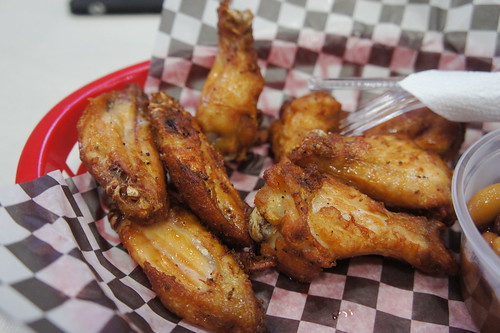 Not sure why but two extra wings were thrown into our basket. Unfortunately, the wings weren’t seasoned properly and overcooked. 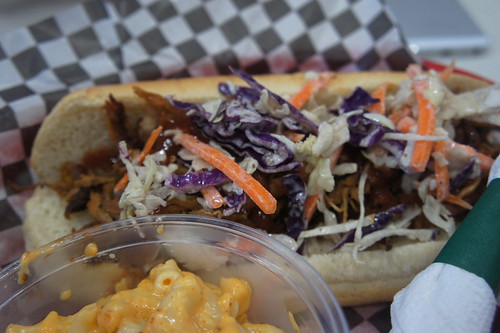 House slaw and choice of side, mac & cheese for this one. Pulled pork was SO dry. Bland, tasteless, it was baaaaaaaaad. 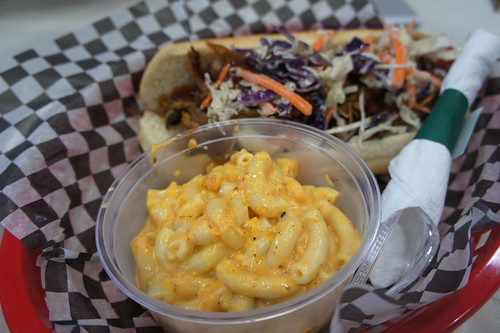 The mac and cheese was just as poor. The macaroni was soggy and mushy. Probably one of the saddest mac and cheeses I’ve ate in my life. 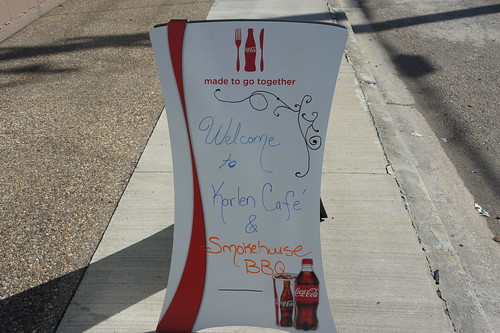 With Shanghai 456 a stone’s throw away, don’t bother wasting your money at Karlen’s. A place like this just makes me angry and reminds me of how sucky Edmonton food can be. Small portions, overpriced, bland food.