Quickly is another franchise to enter the slowly improving Edmonton bubble tea market. More competition equals better right? Guess we’ll see. I’ve known about Quickly based on my trips to Calgary where they have three locations but have never stepped foot in any of them. Several friends have gone and feedback has been pretty lukewarm about them so I came in with checked expectations. 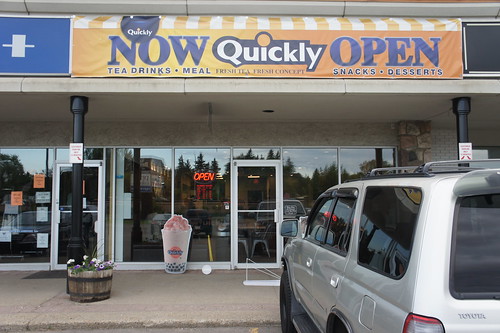 We decided to grab a quick drink Friday night after squash practice. The inside is pretty standard with several tables and booths to sit at. The place wasn’t overly busy when we arrived around 8pm but there was a steady flow of people coming in. 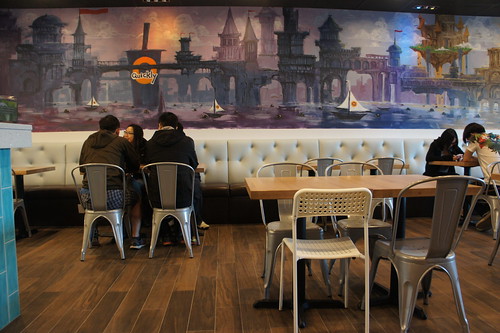 Grab a table, peruse the menu and then go up to order what you want. A worker brings out your drink and attempts to match a number with your drink. 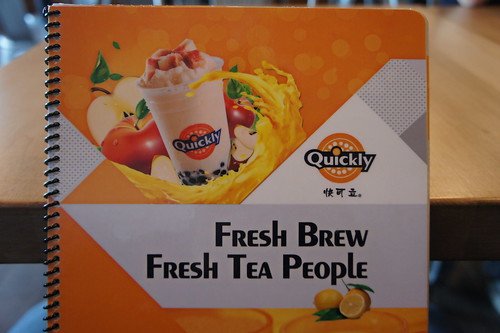 Like other people have said, their system isn’t very intuitive – hopefully they figure it out. You’d think they’d have that down given their a chain… 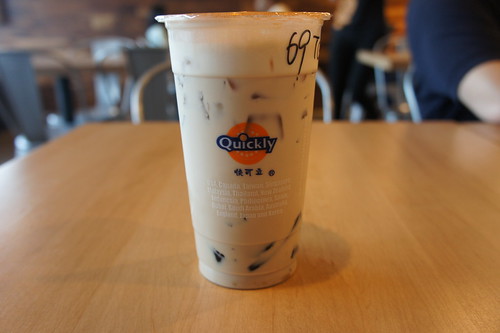 I decided to go with a traditional milk tea, which is pretty standard. It was decent but nothing really stood out to me. 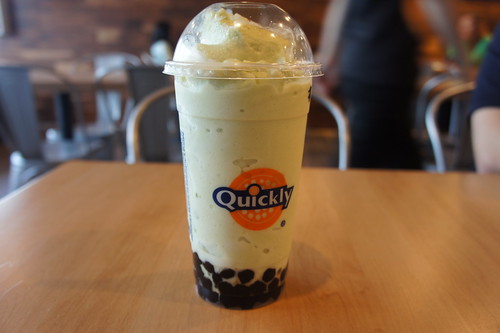 Dee decided to try out the avocado smoothie which was TERRIBLE. It had zero avocado taste. I could only taste ice. Not good at all. Probably one of the worst avocado drinks I’ve had. 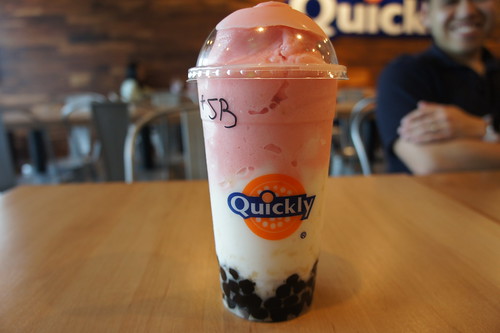 S got this one but had to leave to pick the wife up so I didn’t get to have a taste. Looked pretty tasty and he’s ordered it before and liked it so this might be the way to go. Pricey.

Tough to say after one visit but CoCo seems to be the current front runner if you’re considering quickness, reliability and consistency for your bubble tea.