I’ve been wanting to try Afra BBQ + Grill for awhile now. Our first attempt, we tried for lunch on a typical Friday but guess what, they don’t open till 3:30pm! So don’t make that mistake. We gave it a second go, this time on a Thursday, and had no troubles. 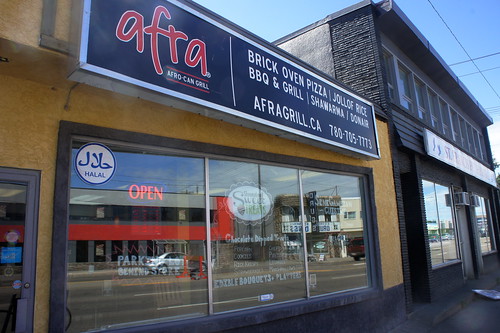 The inside is pretty standard. Couple tables and booths, TV with Ellen on and then you can see the kitchen setup. We were the only ones in the restaurant for lunch so I’m curious to see how they do normally. Only one other individual walked in and ordered a smoothie during our stay. Our server/co-owner/cook was the only one working but she was very friendly. She explained a few of the dishes and informed us that they had domado as their special for the day. 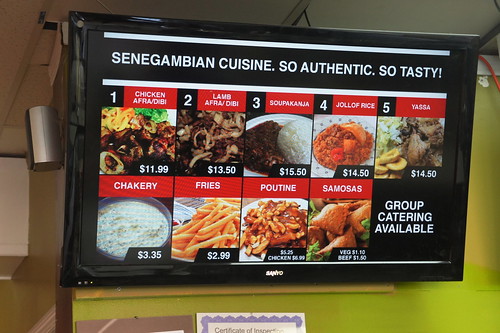 You walk up to the counter to order and pay but the is food brought to your table. I like how they focus on making a few regional dishes. I swear when they first opened, there was pizza and burgers on the menu, but I’m glad to see that that’s been removed. 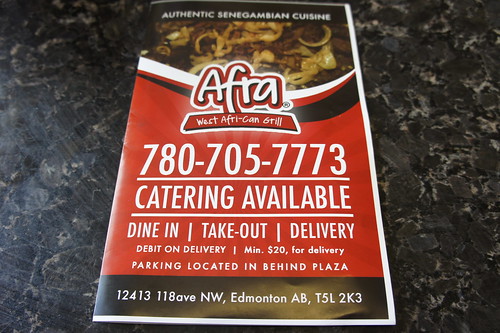 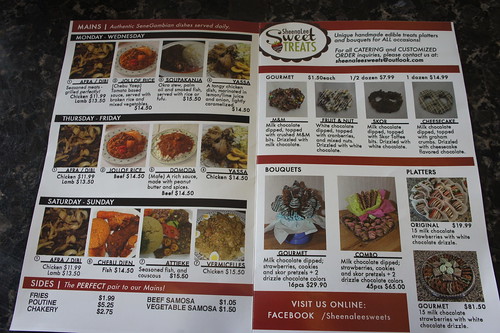 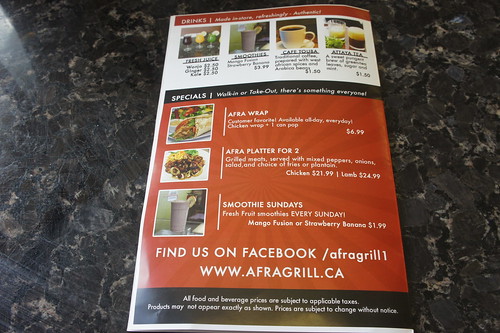 The takeout menu was a bit more informative. Certain dishes available Monday-Wednesday, Thursday-Friday and weekends only. 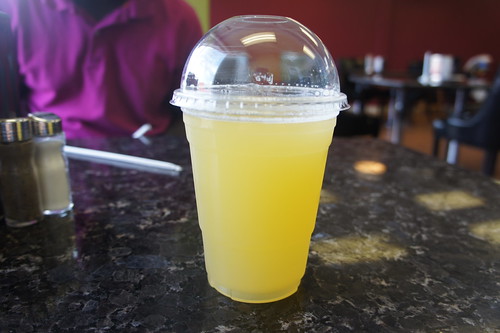 Sweet and gingery but I would have been okay with even more zing. I can see the appeal, especially on a hot summer night. 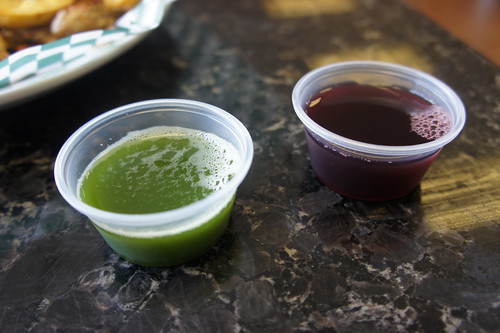 Our server brought out a couple samples of their other juice offerings for us to try. The wonjo/bisap is hibiscus. Light, flowery, refreshing. I thought the kale was great. 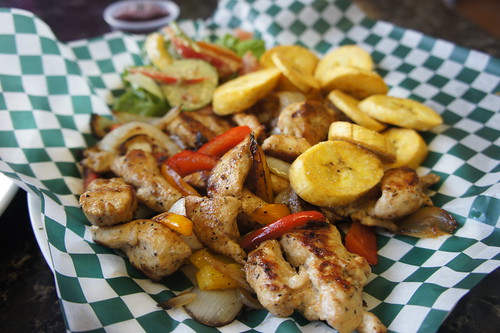 Caramelized onions, red and yellow peppers, plantain and a side salad. Afra is traditional street food. The chicken was tender but I felt it needed a punch in flavour. The vegetables were great and I liked how there was an interesting variety. The salas was pretty standard but the plantain was different than what I’ve had previously. Not sure if it’s different for Senegambian cuisine but this was much more drier and unsweetened. L thinks it’s because the plantain wasn’t completely ripe and ready for eating. 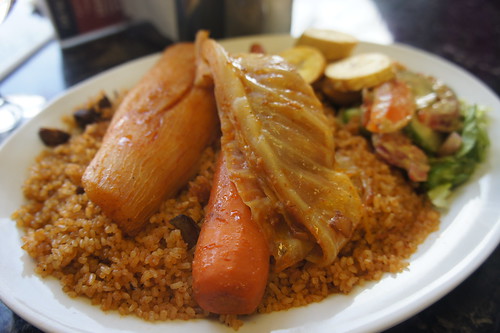 Rice cooked in fish sauce with cassava, carrot, cabbage, plantain and side salad. Apparently, this is one of the most famous dishes in Senegambian cuisine and popular because it’s a one-pot dish. I’m by no means an expert but the rice was fantastic. Great bite and flavour. I’m not sure what type of rice it was but it’s a very short grain, similar in appearance to couscous.

The vegetables were nicely boiled but the cassava was incredibly dry. Likely because it was cooked beforehand and then warmed up. It’s worth mentioning that there’s no meat in this dish so kind of pricey if you take that into consideration.

Overall, the food was decent. Much better than the meal we had next door at Friendship Restaurant & Convenience, but not up to the standards of my favourite African restaurants in town.