Catch up lunch with an old work buddy. We wanted to try somewhere new near us which is becoming a hard thing to find these days. Originally, we planned on trying Afra BBQ + Grill but they don’t open till 3:30pm on Friday. Erm, what? I know there’s a thing called African time but I’ve never heard of a restaurant not being open for lunch if they’re open the rest of the week for it. No worries though because kitty corner to them is Friendship Restaurant & Convenience. We decided to give them a shot. You can’t miss it with it’s rainbow coloured awning and bright blue exterior. 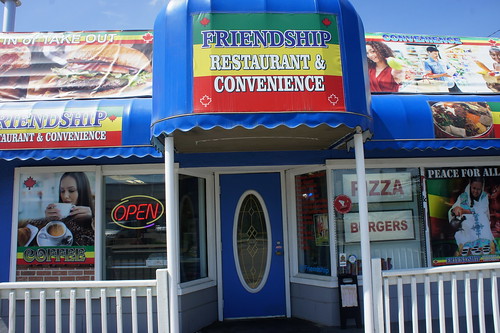 The inside is not what I was expecting at all. They weren’t kidding when they said it’s also a convenience store. Need some clothes, shoes, caps, flour or memory sticks? Chances are you’ll find it here. The amount of crap, er, stuff that they have here was flabbergasting. There’s even more junk in the basement. 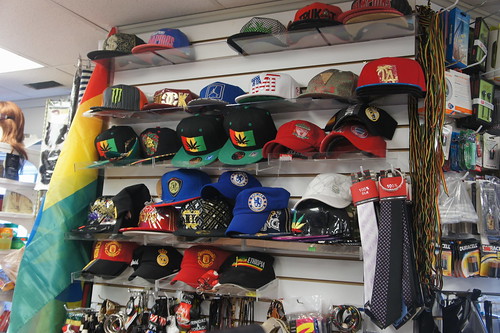 When you first enter the restaurant/store, the kitchen is right there with the menus on display. You have to walk further in to get to the seating area. I’m not sure what it was, likely incense, but that burning away wasn’t the most pleasant thing to sit down to. 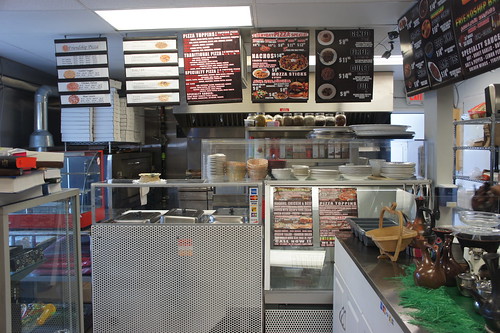 Menu is a mixture of Habasha and Canadian cuisine. I’ll never figure out why restaurants do that. Believe in yourself! 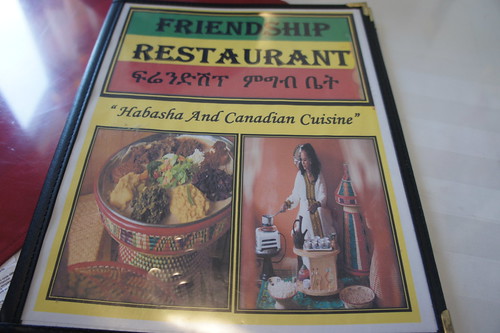 Breakfast and veggie entrees. Lots of dishes I’ve never had before. 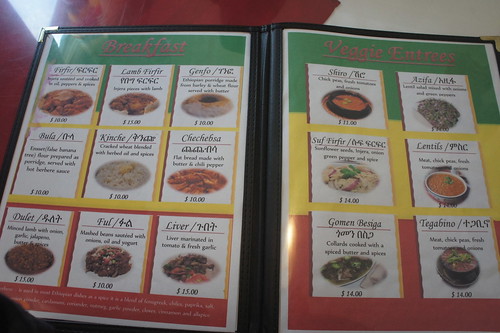 Ethiopian meat entrees. The special combo looks like a good way to sample a few items. 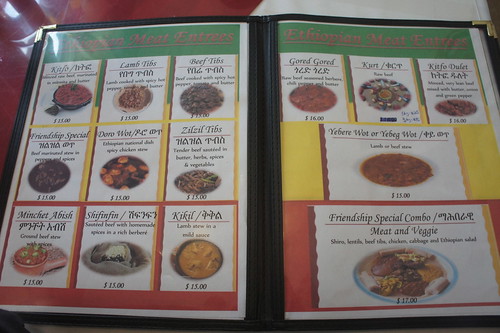 Only thing I’d try on these pages are the lamb or goat & rice. Canadian favourites – that’s a hard pass. Not sure whose ordering poutine here… 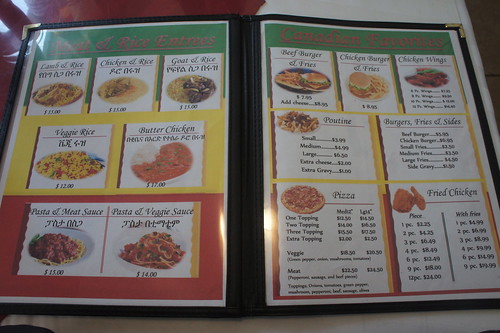 Beverages. Wondering if the juice is homemade. 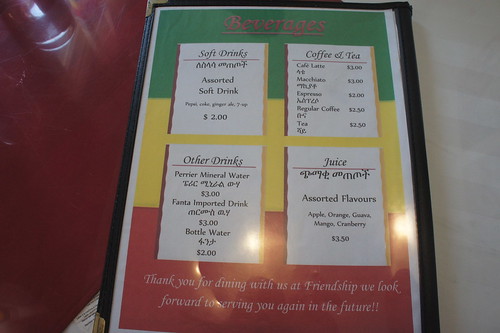 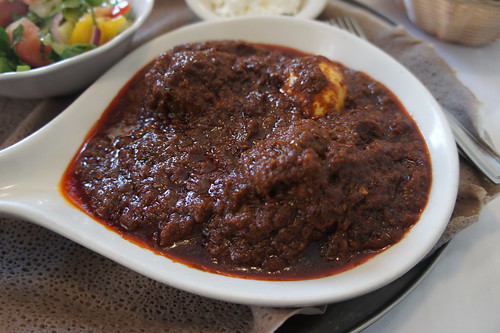 Ethiopian’s national dish of spicy chicken stew. It came with a side of salad, cheese and extra injera. The doro wot itself was pretty tasty but I didn’t find it overly spicy and the sauce/stew itself was a bit too sweet for my tastes. It would have been nice to have a small bowl of rice to go with this instead of the extra injera as the stew would have been perfect over rice. 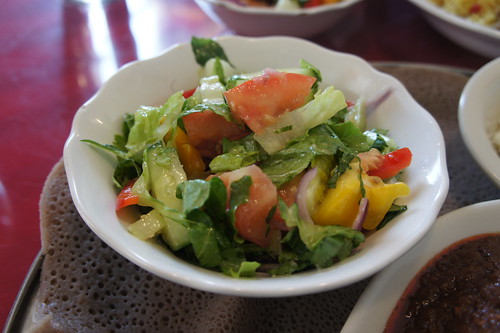 I thoroughly enjoyed the salad which was refreshing and was a nice mixture of cucumber, coloured peppers, red onion, tomatoes and lettuce. The citrusy dressing was great. I’m not sure what the cheese was for but I tried a bit in both the stew and salad. 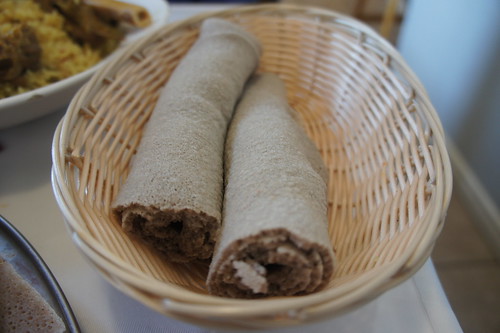 The injera oddly didn’t taste like much. Normally, it has a bit of sourness to it when you eat it on it’s own but that wasn’t the case here. The injera I’ve had at Abyssinia was much more satisfying. 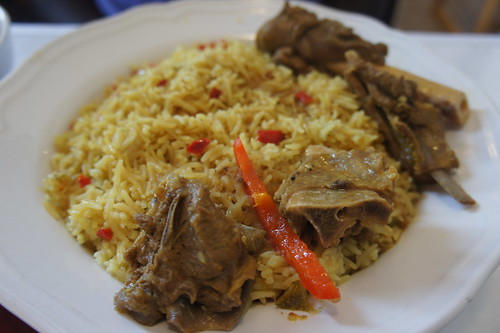 The goat and rice came with a side salad and soup. My buddy L really enjoyed the soup – he was surprised  by how good it was. I had a couple pieces of the goat and it was nicely tender, fall off the bone. Unfortunately, the rice was just your run of the mill. Disappointing when you can’t get a good bowl of rice, especially when they give you so much here. L didn’t even finish and normally he licks his plate clean.

Decent spot for Ethiopian food. Curious how busy they get as they’re in an odd spot.