Little Brick is hidden in the quiet, calm neighbourhood of Riverdale. You wouldn’t expect such a quaint cafe and general store to be situated here but it makes sense once you see it. Part of Nate Box’s empire (District Coffee Co., Burrow and Elm Cafe), Little Brick has a very chill, relaxed vibe to it. 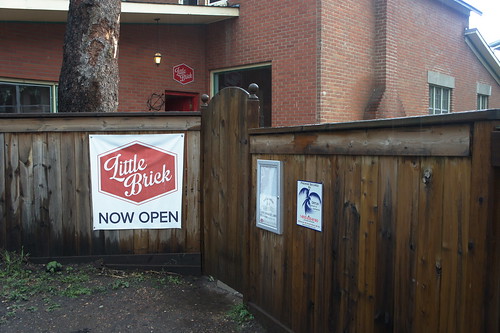 In case you missed the memo on Little Brick being open. 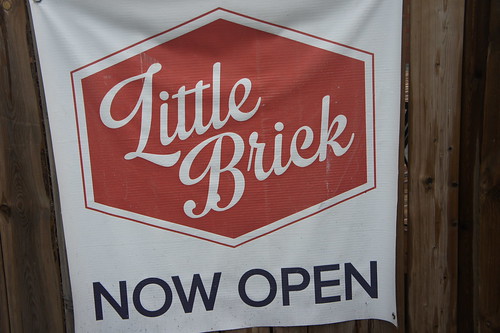 Open everyday 8:00am to 4:00pm. Saw that they’re experimenting with evening hours. 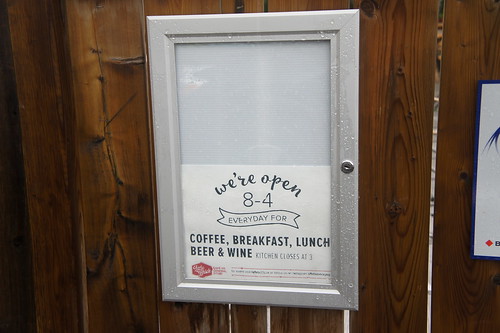 The outdoor patio looked awesome! Too bad it was downpouring by the time we arrived. My two buds, J and E, were trying to tough it out outside but ended up moving inside to the living room area. Couple comfy couches and tables to sit at. 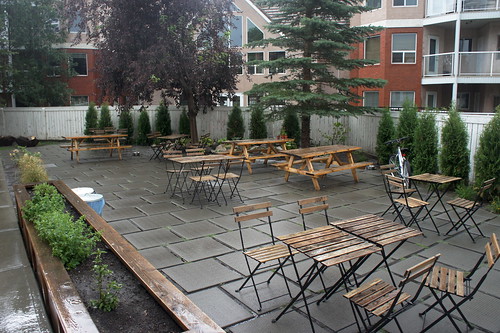 Loving the exposed brick out front along with a couple patio seats lined along the walls. 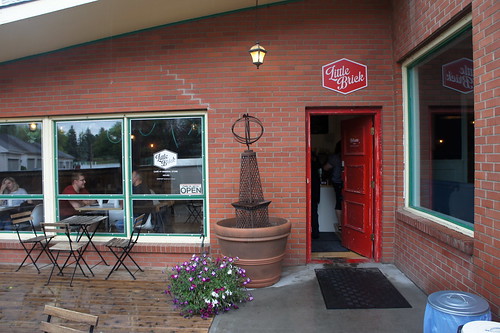 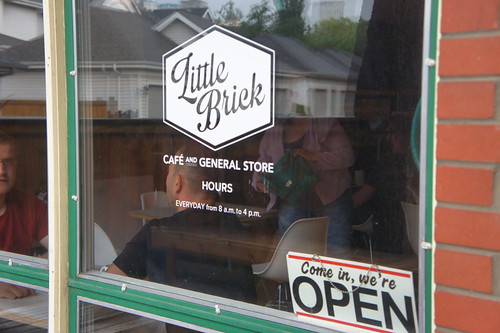 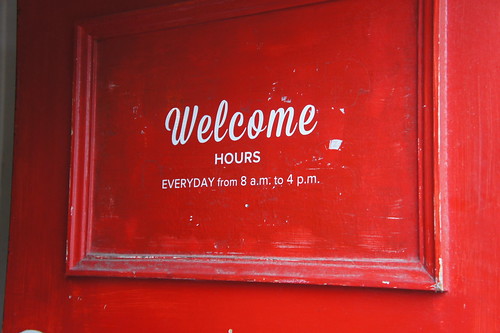 Even though the menu is short and sweet, it still took us/me awhile to decide. Mostly just breakfast and lunch options. You have to go up to order but they do bring the food to your table. It was a bit annoying that they were already out of some dishes that we wanted and that one of the girls didn’t put in our fourth order. By the time we had got our food and realized, it was too late to order more food as they close their kitchen at 3:00pm sharp. 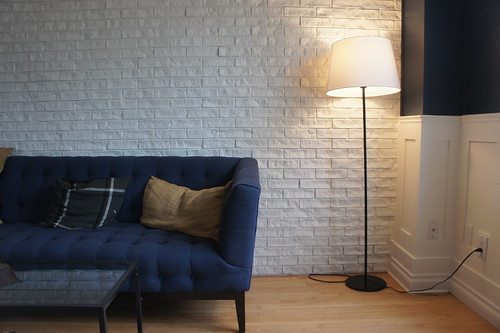 I talked with Bbops and he had the same issue. Except he was there early, around 9:00am on a weekend. They were already out of certain dishes. We came late afternoon (1:30pm) on a Sunday, which is more understandable but honestly, they shouldn’t be running out items like that. It’s not like their menu is that big to begin with. 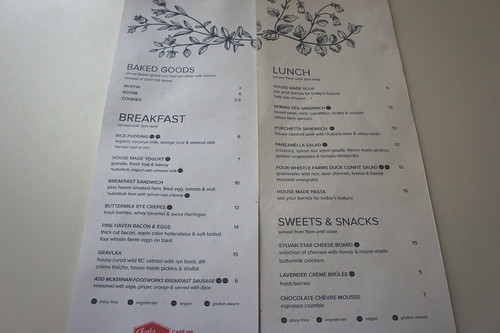 Breakfast/baked options to the left and lunch/sweets & snacks on the right. 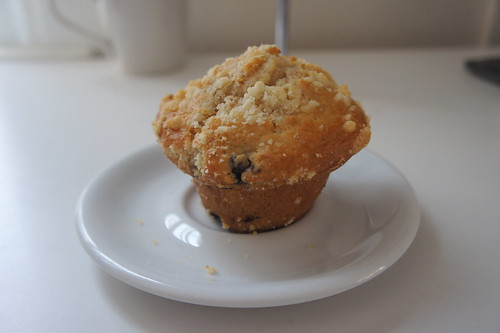 We were starving so grabbed a baked good to share. The scone tasted fresh and had a nice flaky texture to it. 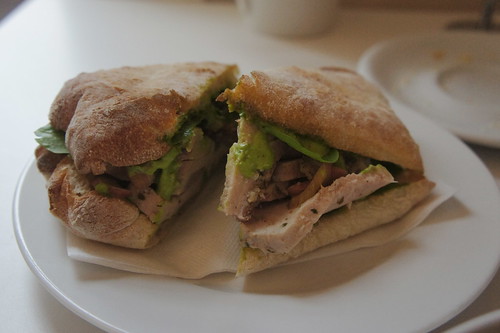 House roasted pork with rhubarb slaw and salsa verde. The salsa verde was a nice twist on your usual porchetta sandwich. Tasty but damn, $13.00 for a sandwich this size? Almost laughable. 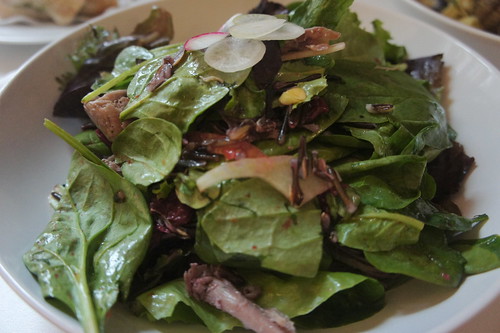 Grainworks wild rice, sour cherries, fennel and honey mustard vinaigrette. No complaints with the salad. Decent amount of duck and I liked the different tones you’d get with each bite. Sour cherries and fennel are a surprisingly nice combination. 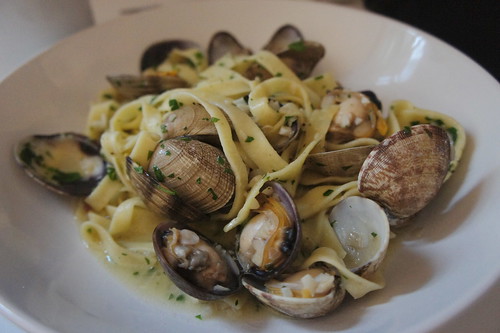 The food here is good but expect to pay a premium for small portion sizes. I could easily have eating another dish or two so keep that in mind here. Think it’s best for coffee and a snack rather than a sit down meal. Given that, I’d come back specifically to hang out in the backyard patio.