Korean Grill round two. This place is truly legit. Why? They have “call” buttons just like in Korea and actually respond to them when you press ’em. No idea why other places don’t have this system, it’s pure genius. Two – their utensils are hidden away in the table drawers. So simple yet genius again. 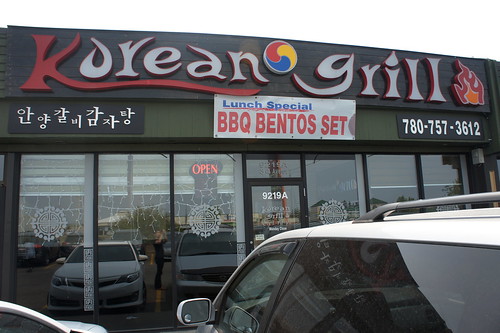 My first time at KG (see here) was good so I’ve been hankering to come back again to try more dishes. On a Sunday, we were having trouble figuring out where to take my mom for her birthday celebrations part deux but eventually settled on Korean Grill. No insane brunch/lunch lineup = perfect.

If you want to see their menu, I uploaded them here. 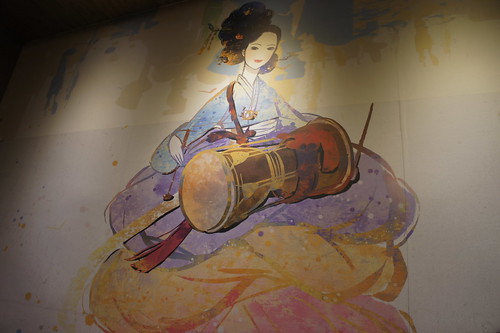 They have some cool murals that I didn’t see on my first trip. Each booth/semi-private area on the right side of the restaurant has a different image, which is pretty unique. One odd thing to note was that they were playing EDM as their background music. Really out of place and didn’t gel well with the atmosphere. Hope they fix this next time. 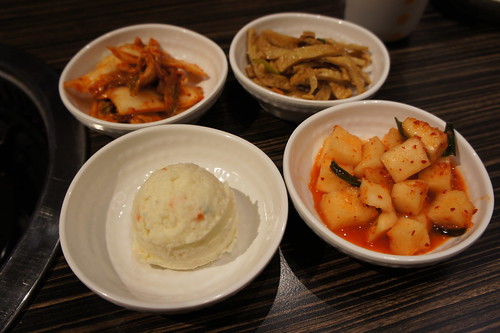 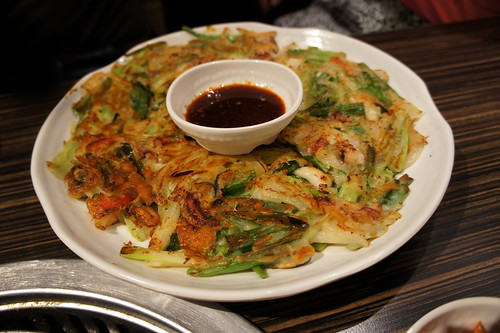 Had to order their seafood pancake again because it’s that good. Perfectly crispy. And that sauce, oh man, I could eat this straight for myself. Probably my favourite pancake in the city. 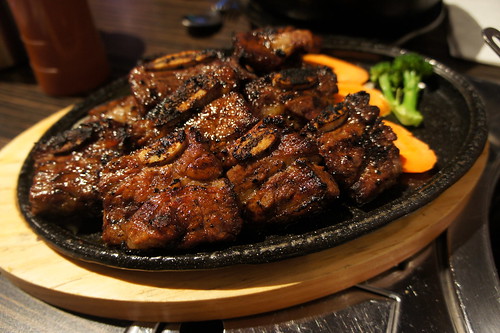 Grilled marinated beef short ribs. Comes with a side of rice but our waitress forgot to bring that out to us. The ribs were tender and nicely seasoned. A couple pieces had more fat than to my liking but fat equals flavour right? There’s also a bit of onion, carrot and broccoli underneath. 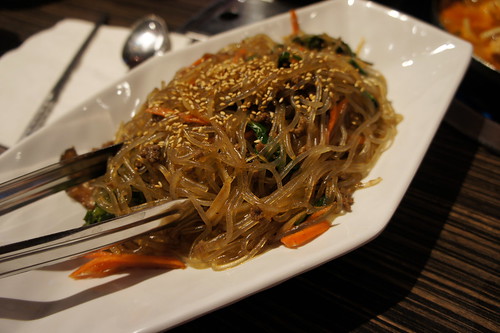 Stir fried glass noodles with meat and vegetables. Another re-order but their noodles have the best bite/chew to them. Om nom nom. 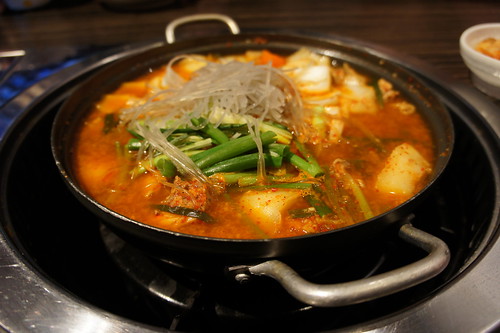 Spicy chicken stew with noodles and vegetables. Think this might be the first time I’ve had a Korean hot pot with chicken as the main ingredient. It’s always pork bone or seafood so this was a nice change up. Spiciness was well balanced as my parents were able to tolerate things for the most part. The chicken was also nicely tender. 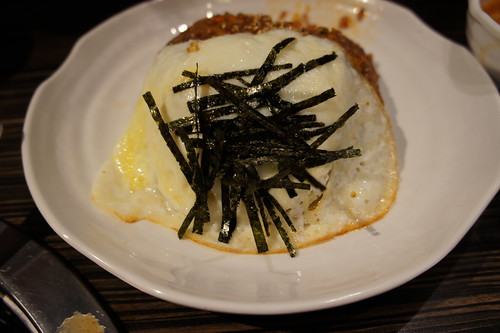 That’s one massive fried egg over top of some tasty kimchi fried rice. This was actually way better than I expected! You can only see a glimpse of the rice but trust me, it’s a solid portion. 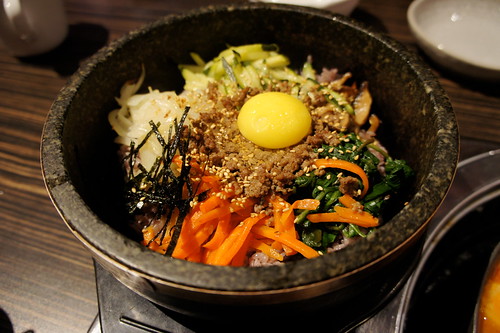 Presentation is pretty gorgeous eh? I’m pretty sure this is the only time I like egg (the only other being in ramen). Tasty but still haven’t found a b-bim-bap that matches S. Korea level. 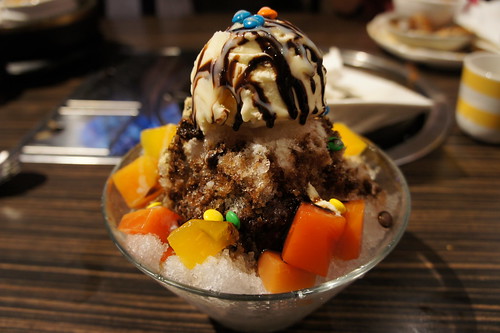 Shaved ice with sweetened red beans, fruit, mini M&M’s and condensed milk. Another first – never had shaved ice Korean style before. My sis absolutely loved it! For me, it was good but I found it a bit too icy. Kept on getting brain/teeth freezing. I will say it’s a great way to cool down and wrapped up our delicious lunch perfectly.

Nothing but good things to say about Korean Grill. Solid dishes and everyone’s left fully satisfied both times. Now, someone tell me what happened to their after 8pm specials? Do these dishes still exist?