I was looking to try something different when I was in Calgary visiting and decided to check out Carino Japanese Bistro + Wine, a Japanese-Italian fusion restaurant. Not as strange a combination as you may think as there are several restaurants in town that specialize in it. They have a second location, Carino Riserva, which has an even more innovative menu! Located directly across the street from Diner Deluxe, look for the restaurant with full on glass windows that you can peak inside to.

The inside is quite small but aesthetically pleasing with a modern, quaint bistro feel. We made a reservation for 8 and for a Saturday evening, it was oddly sparse. There were only a handful of tables to begin with but the restaurant cleared out quickly. We ended up being the only party for most of the night which was fine by us. Too bad they happened to have some technical issues with their music halfway through our meal, which put a bit of a damper on our meal. At least they let us split the bill which they normally wouldn’t do for such a large party.

Their lunch specials sounded great (tsukemen and a black curry rice if I recall correctly) but they do have different nightly specials. Friday and Saturday’s are $5.00 draft beers and high balls so we took advantage of their drink deals. 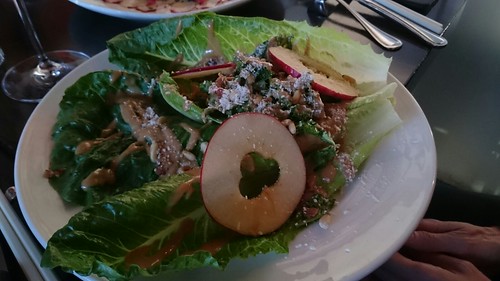 Romaine, kale, fuji apple, crispy bacon and sesame caesar dressing. My sis’s friend #1 ordered the caesar salad and octopus carpaccio as her meal. She was pretty happy with her salad although her one complaint was that while it looked beautiful, she had to manually cut up the romaine lettuce in order to make it edible. 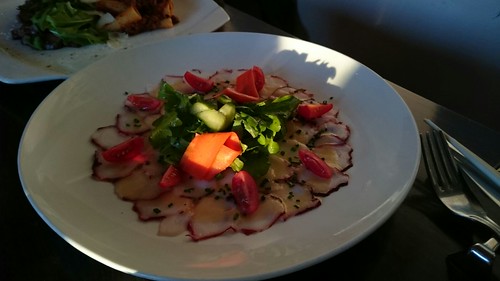 Cherry tomato, arugula and yuzu-miso vinaigrette. They also have duck carpaccio on the menu, which sounded just as intriguing as the octopus. Lightly seasoned and fresh, I sampled a piece. Not the best raw octopus I’ve had but it was enjoyable. 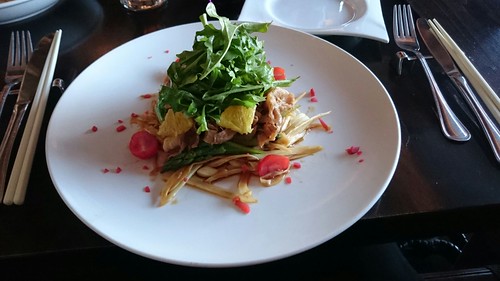 Asparagus, cherry tomato, orange, arugula and Aka miso vinaigrette. Litaly went with the fennel salad for his appy and he let me take a few bites. Delicious! The fennel and arugula gave the salad a bit of peppery taste but that was nicely contrasted with the freshness of the tomatoes and oranges. The asparagus was surprisingly tasty too. My buddy actually liked this dish more than his entree. 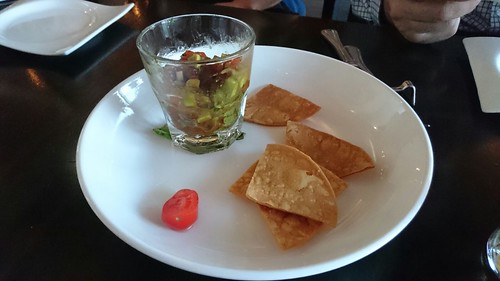 Avocado, chive, tortilla chips and spicy Aka miso vinaigrette. Photo is after half the poke was eaten as people were hungry (did I mention food took a long time to come out?). We shared the Ahi tuna poke which wasn’t bad. It’s no Hawaiian poke (obviously) as there’s lots of filler in it (avocado? in poke? Hawaiian grandma’s are rolling in their grave). It reminded me of the poke I had at Ikemen. I’d skip it next time, especially at this price point. 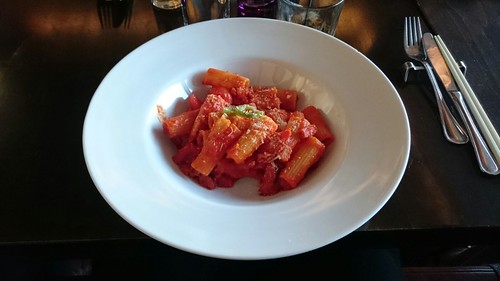 Double smoked bacon, red pepper in a Japanese style tomato sauce. Litaly’s feedback was that it wasn’t like anything he’s had before. I’m not sure if he was the biggest fan but he did say the flavours were interesting and worth a try. Hard to please an Italian when it comes to pasta…

Another friend ordered this dish as his main without the bacon. I feel like this dish leans towards the small side as he devoured it pretty quickly and probably was still hungry. Portion size is not that big for some of their dishes, this one included. 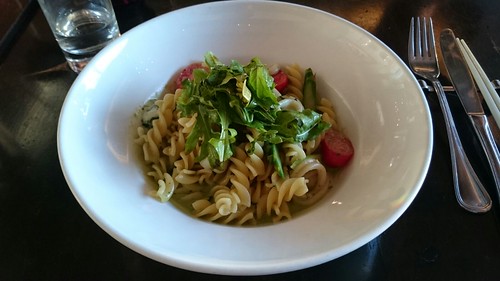 Calamari, mozzarella, cherry tomato and arugula. I went with the fusilli which had a decent amount of calamari in it. The Aojiso-pesto sauce was interesting although I would have liked to see the pesto shine through more. The sauce itself was a bit too watery for my liking. 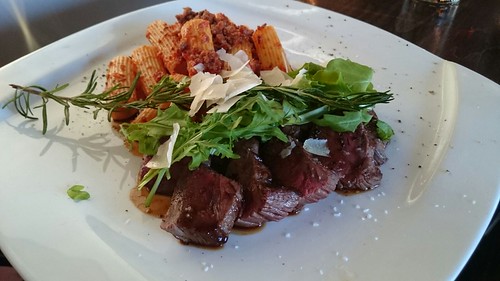 Waygyu ragu, parmigiano, balsamic-mustard sauce. Sis’s friend #2 wanted wagyu – I had a piece and it was tender and flavourful. Nicely sauced although I didn’t get much mustard – more balsamicky if I recall. 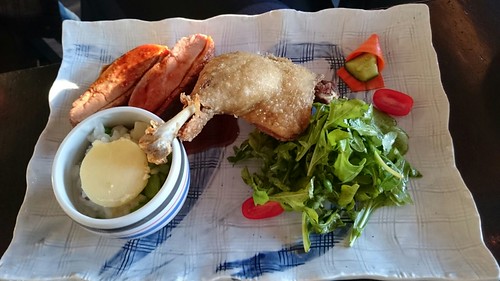 Pan roasted duck breast, crispy confit leg and foie gras butter. Two others ordered this entree and it was my favourite thing I ate that night! Seriously, the duck breast was amazing. Than my friend O was like you need to try a piece of the confit leg – it was even better than the duck breast. Succulent, tender, delicious, there’s a reason why there’s so many !!! to describe their duck. SO good. It also came with some fried gnocchi, which I can’t say I’ve had before. Interesting texture to say the least. 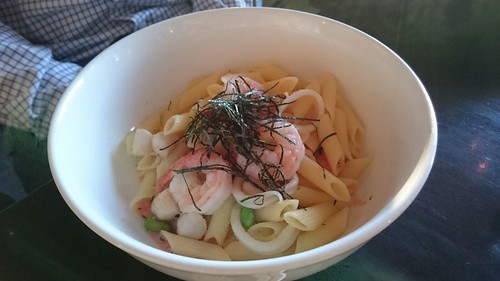 They switched out the spaghetti to gluten free penne for my sister. Nice that there were quite a few options for my sister to pick from with help from the waitress. 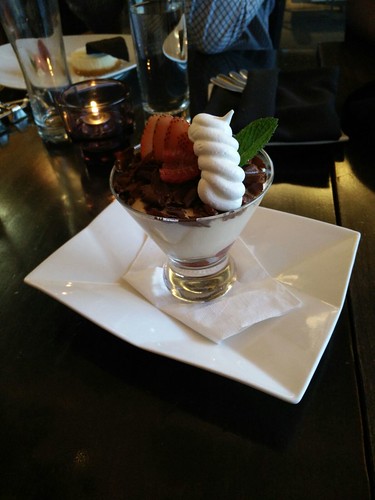 Not your typical tiramisu as it almost was more mousse style than your traditional fare.

Cheesecake ($10.00)
My sis’s friend ordered this but he didn’t like it all so he gave it to three of us to share. I’m not sure why he didn’t like it (he’s picky!) but it was pretty delicious. No picture but we all enjoyed this one more than the tiramasu. Not too cheesecakey but the texture was smooth and had a nice crumbly bottom. It also had this soft cookie type shaving that was super good! I don’t really know what it was other than it was tasty.

Happy to have finally tried an Italian place in Calgary although with a Japanese twist. I will have to see if their sister restaurant is any better next time! A little more on the pricey side but I’d say it’s worth a try if you’re looking for a twist and want to eat something unique.