The ramen craze is in full swing with another new ramen joint, Nudoru Ramen Bar, opening up a few weeks ago in prime Whyte Ave real estate. You’d think by now Edmonton would have some legit ramen options right? Well, one thing that sets Nudoru apart is that they make their own noodles! Sad that this is an actual differentiation point – will we ever get to “big city” level? 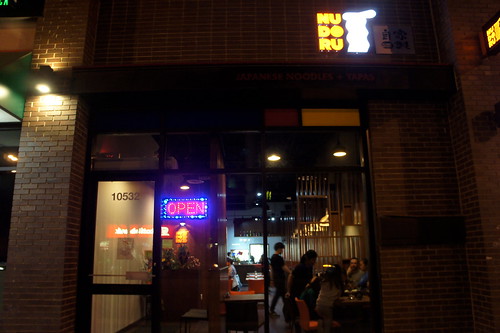 My friend O was back in town for the weekend and her being ramen crazy suggested we check them out. We met up with our two other friends M and O and went for a late Friday night dinner. Even at 8pm, the place was pretty busy but lots of people were coming and going so it wasn’t hard to grab a seat. 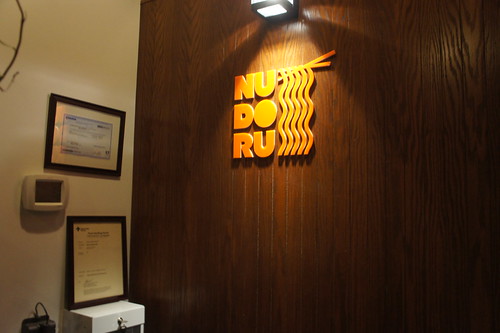 They have a spiffy Samurai riding dragon mural that decorates one side of the wall. The rest of the space is simple but modern with a mixture of booths and tables. When you walk to the bathrooms, you can peek inside the windows to see all the kitchen action going on. Thought that was cool. 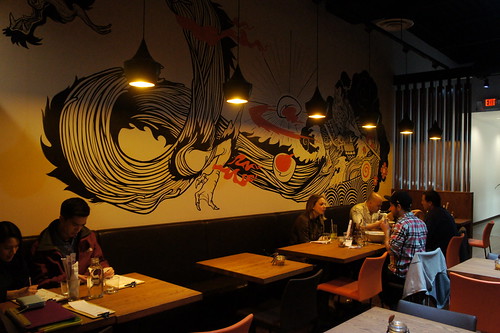 The menu is split between make your own Nudoru (clever!) and small plates/ramen. Only four broths to choose from for MYON (shio, shoyu, miso, and spicy miso) so we’ll see if that changes in the future. Apparently, the four regular ramen options all use the same tonkotsu base. 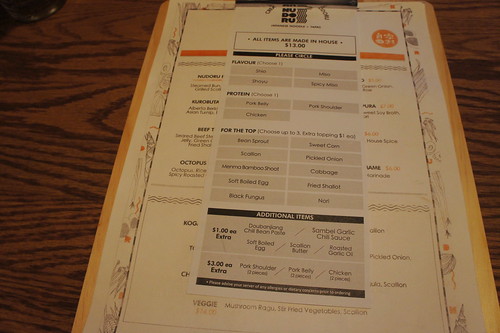 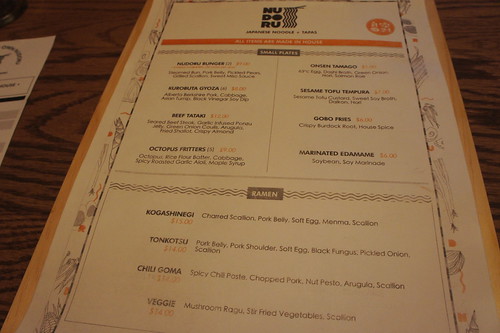 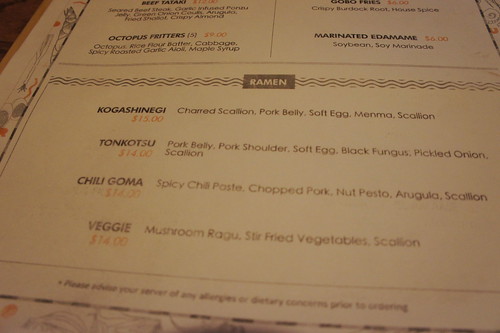 Closeup of their ramen options 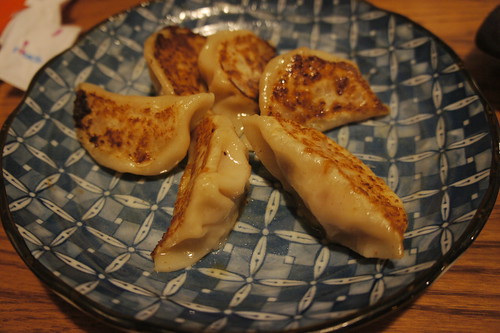 Six pieces made up of Alberta Berkshire pork, cabbage, Asian turnip with a black vinegar soy dip. Pretty typical although the gyoza’s leaned towards the small size. 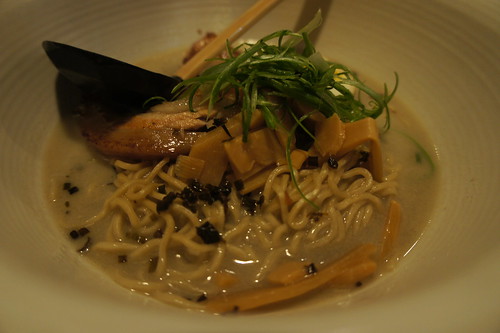 Charred scallion, pork belly, soft egg, menma and scallion. To be different, I decided to try out the kogashinegi. The star of the bowl was the made in-house noodles, which had a great bite and elasticity to them. I also really liked the menma (fermented bamboo shoots) which had a nutty, slightly sweet flavour to it. Normally I’m not a fan of bamboo shoots but these were great! What lacked was the broth – no real depth or complexity to it. Almost bland. I had to drop in a spoonful of togarashi to give my broth any real flavour. Also of note, the pork belly is about half meat/half fat, which I wasn’t a big fan of. Bit too much fat for my taste buds. 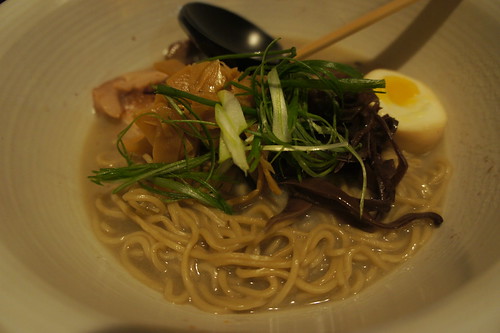 Pork belly, pork shoulder, soft egg, black fungus, pickled onion and scallion. O always gets the tonkotsu but she wasn’t impressed. Here’s her take on it – “the ramen broth was super watery and not very meaty or savoury. The pork belly was far too fatty without having any caramelization.” Couldn’t have summarized it any better. 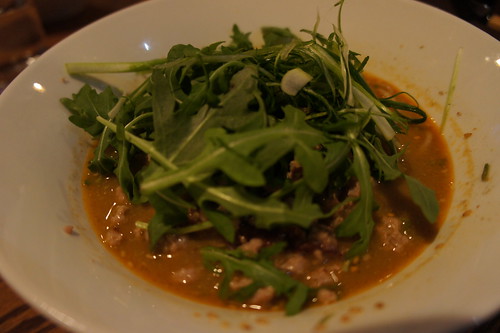 Spicy chili paste, chopped pork, nut pesto, arugula and scallion. M and O seeem to always order the same thing. Guess that’s why they’re a couple? Either way, they both were loving their bowl. I didn’t get to try it but interesting that they topped the dish with arugula. That’s gotta be the first time I’ve seen that.

Hard to say after just one meal at Nudoru but the lack in a quality broth had us disappointed and wanting more. They do have a few things going for them but Yuzen still reigns as king of ramen in this city.