Helloooo new industrial spot to eat on the north side. The People’s Perogy, if you couldn’t guess already, specializes in making homemade perogies along with a few other Ukrainian classics. Nestled beside a tire shop, you’re closest landmark is probably the Shell gas station on 137 Ave and to drive a bit south from there. 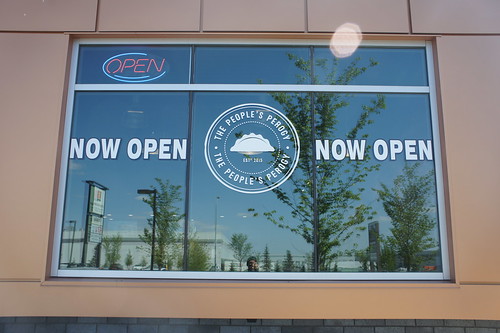 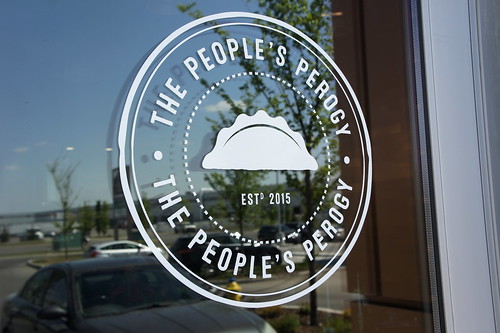 Hours are pretty good with weekdays currently set at 11am-7pm and Saturday’s 11am-4pm. I’m pretty surprised that they’re open Saturdays given their location but that’ll be nice for people that want to try them out. 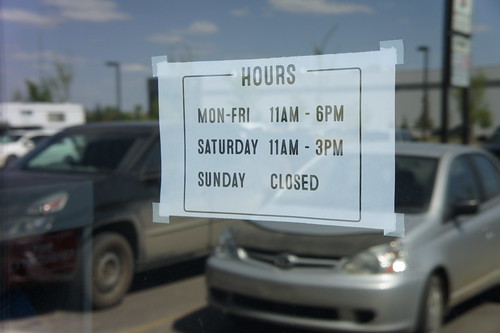 TPP is another restaurant that uses the system of ordering and paying at the front. You take a seat and your food is brought to you once it’s ready. The space itself is large enough to fit about 25 people and the layout is really, really similar to Lovepizza and nearby Sandwich & Sons. 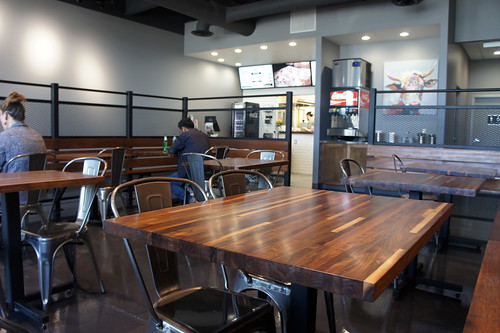 I’m not sure why this system is getting so popular but I guess it cuts down on costs and streamlines everything. 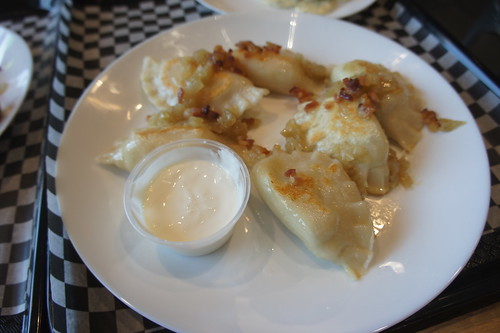 We decided to try all of the classic perogies that were available during our visit. First up was the potato cheddar (potato with cheddar and onion) and cottage dill (potato with cottage cheese and dill). 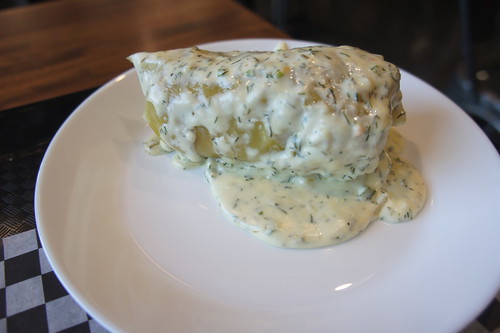 The cabbage roll is a mixture of pork and rice with your choice of either tomato or creamy dill sauce. We went with the latter and we were both pleasantly surprised. This was easily our favourite of the two sides. The potato cheddar was pretty standard and I found the cottage dill decent. You could taste the dill but I wasn’t really blown away by either flavours. As well, as one bud who went a few days before me put it, the inside is a bit too blended which may be why you can’t taste all the ingredients they put into the perogies. Some bite/texture to them is needed. 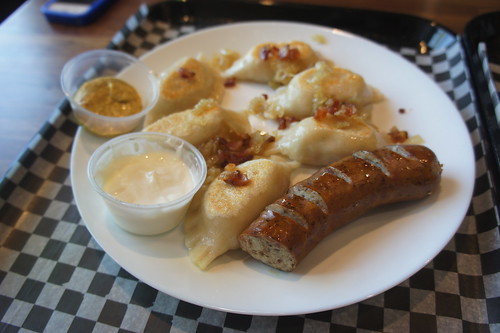 The two other perogy types were the loaded potato (potato with cheddar, bacon and chives) and jalapeno cheddar (potato with chedar and roasted jalapeno). The jalapeno can easily use a kick but I could see how people would like the subtle heat level. My personal favourite was the loaded potato. We got all of the perogies pan fried although you do have the option of boiling them.

The garlic sausage was pretty standard (this might change when they start doing it in-house). Luckily, there was a side of grainy mustard to dip the sausage in as it really needed a boost in flavour. Crap, should have tried the borscht! Next time.

You get a fountain drink with the combo but they also have the old school, classic pops for an extra $0.50. It seemed kind of excessive that they charge you extra for that/maybe we felt that way because the lady working the counter didn’t mention the additional cost until she already had opened them. 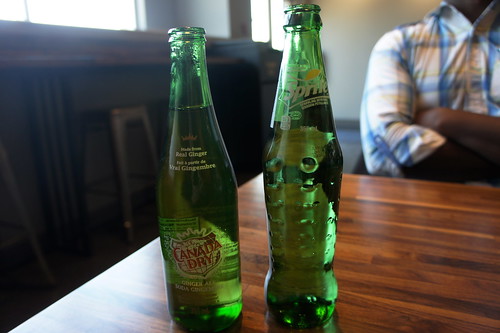 Sprite and a Ginger Ale for my bud. For some reason that eludes me, pop somehow always tastes better in a glass bottle. Science kids. 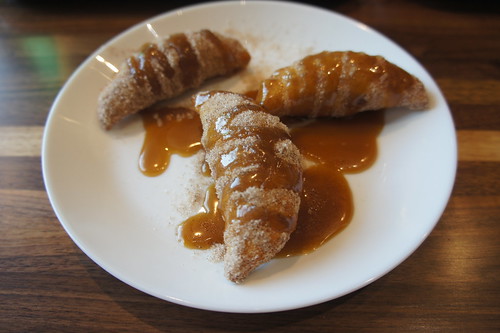 Deep-fried apple cinnamon perogies coated in cinnamon sugar and drizzled with caramel. These were lightly fried and it tastes just like apple pie! You can add a scoop of ice cream to make it pie a la mode ($1.50 extra) but we were good without it. Yum. Would be happy to try the blueberry and strawberry dessert perogies next time. Apparently, they take 10-15 minutes to make as they are cooked fresh.

Happy that this industrial area is being injected with some life and rejuvenation. I’m sure People’s Perogy will do very well with all the businesses situated nearby.