If you don’t know about Pampa’s, you probably live under a rock. Truth, I’ve never been to Pampa’s either but that’s because it’s expensive (normally $24.95 for lunch and $49.95 for dinner)and I don’t seek out AYCE places these days. Plus, when I went to Brazil, I had more than my fill of churrasco. Well, it was EDDW and with a $15.00 lunch, there was no excuse not to try Pampa’s out. 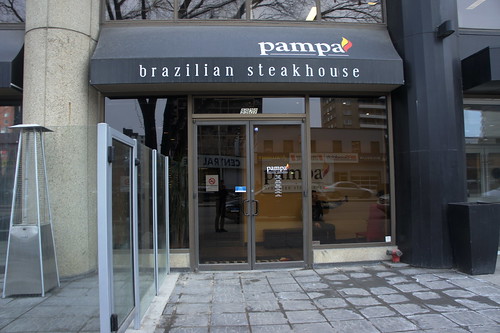 I booked a late Monday lunch reservation and luckily I did because the place was incredibly busy. Sometimes, listening to Dbone pays dividends. I’ve never seen sooooo many Asians in a non-Asian restaurant before. My lunch companion Litaly was late so I had plenty of time to people watch. Seems like all the deal hounds come out during dining week, I have no idea why really because honestly, the restaurant options aren’t THAT amazing. 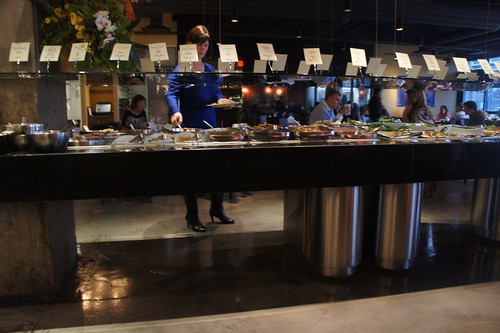 The inside is much more spacious than I would have ever thought. Pretty sweet they have a mini patio out front for the summer times. We were seated right by the salad bar buffet which had quite the spread. Too many to list off but there was white rice, Brazilian black bean stew, breads (focaccia and sourdough), vegetables (rapini, mushrooms and beets were my fav), olives, salads (including quinoa and a couple pasta salads) with 5-6 dressing options, potatoes and more. Avoid the tomato and mozzarella – soooo bland. 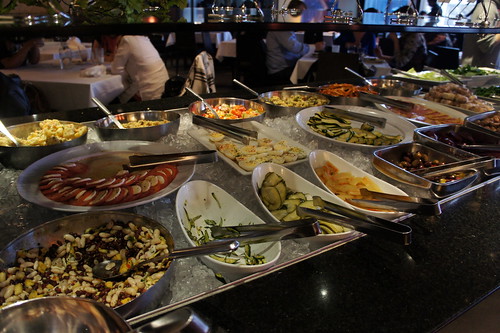 Service was reasonable but I expected better given Pampa’s is “upscale”. The guys bringing out the meat were good, no complaints there. More so with our waitress who we had trouble tracking down. We also weren’t able to try dessert because of that. We also weren’t impressed when they charged $2.00 each for “Q” water or whatever their special water was called. Talk about ripping people off. 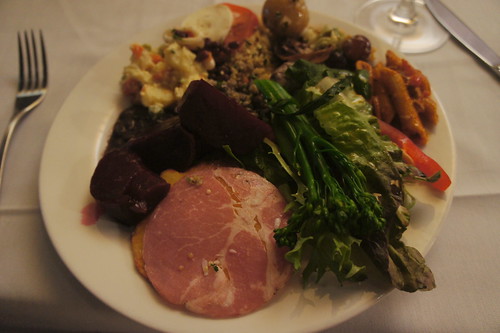 First plate of food. We may have been overzealous and gone overboard…who am I kidding, it’s AYCE for a reason! But hey, look how healthy I am with all those vegetables and salads on my plate. 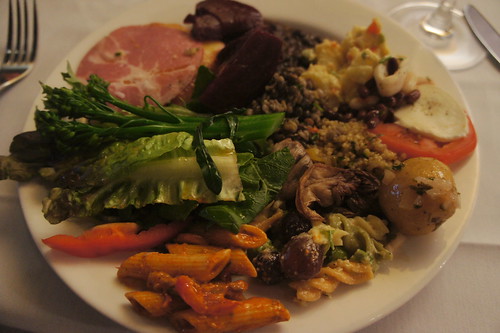 Although they promoted their lunch menu as having three charcoal-grilled meats, they had four offerings when we were there including: parmesan-crusted pork loin, citrus-marinated chicken drumsticks, top sirloin and beef rumpsteak. The pork loin was Litaly’s favourite. It looked pretty dry to the eye but for the most part, it was pretty flavourful and moist. The chicken drumsticks were super juicy and both cuts of steak were succulent. We were both pretty happy although I wish they had served lamb (I know, I know, that’s asking a bit too much for a $15.00 lunch). 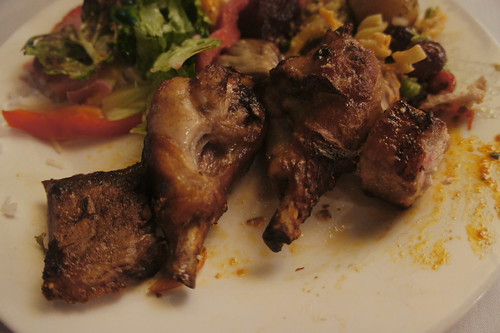 Overall, it was worth a try but at the end of the day, there’s only so much meat you can stuff yourself with. If you think you can get your money’s worth, then by all means, go for it.