Cha for Tea has been around for a long time. The last time I was here was literally a decade ago. Wow, time flies. The dim sum game in Edmonton is so embarrassingly weak that we barely go out for it anymore. Not sure if anyone remembers Noodle Noodle but apparently Cha for Tea is owned by one of the brothers. 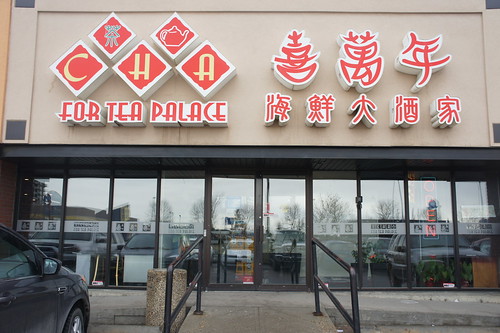 My sis was in town and wanted to go for an early Sunday dim sum session. I obliged and while I was prepared for mediocrity, what I wasn’t expecting was their prices! I should have known when there wasn’t a single price on their dim sum menu. This place will rob you blind and come back again for more. Talk about swindling customers. Guess that’s why the majority of the place was filled with Caucasians. 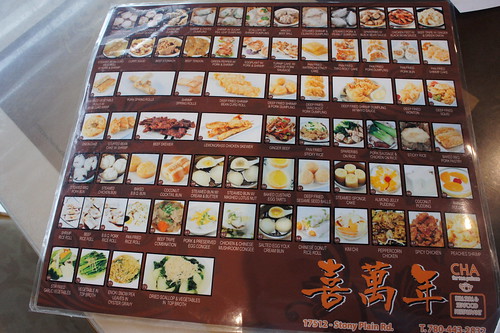 One good thing is that they have a picture menu for all those that aren’t versed in the art of dim sum. That’s about the only prop I can give Cha for Tea. 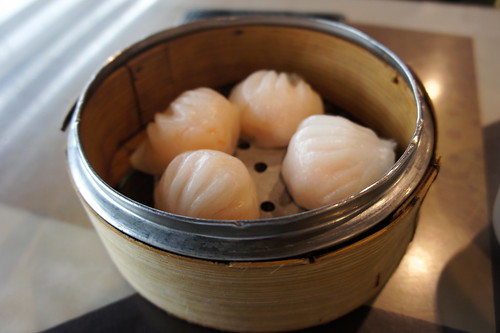 Staple but we took these to go so I didn’t actually try them. 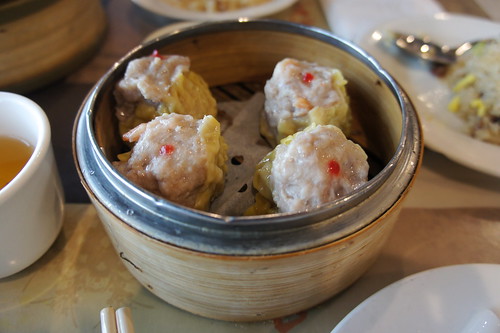 Another staple and these were also put in the to go bag. 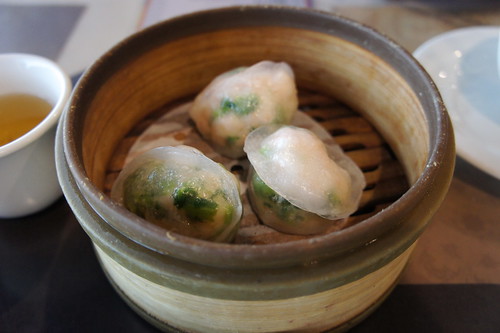 Tried something different and these were decent. I can’t believe you only get three of these for the price. These aren’t GOLDEN dumplings. Heck, even XLB’s at Shanghai 456 are cheaper and those require labours of love. 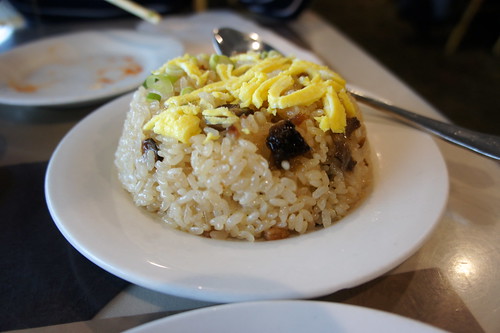 There was literally nothing special about this sticky rice. Some sad pieces of egg drooped on top. 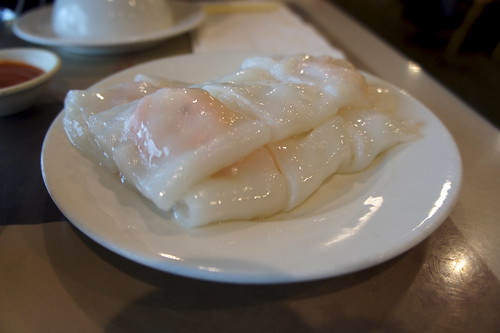 We got the soy sauce on the side. Again, pretty standard shrimp rice roll. Definitely needs some of their watered down hot sauce to give it some oomph.

Chicken and Chinese mushroom congee ($7.95) – no picture as they boxed this up for us right away but our grandma seemed to like it. Still so overpriced for what you get. 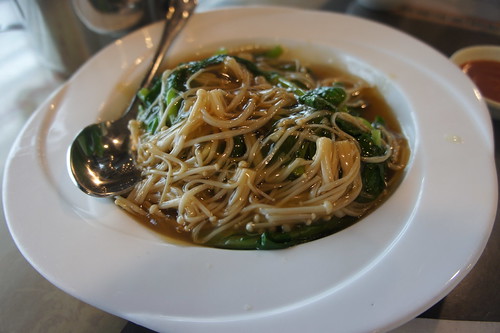 Holy eff, I can’t believe they charge $11.00 for this dish! The waitress even told us it was a “small” size so we were in no way expecting it to be this pricey. The enoki and snow pea leaves were good. Just holy crap expensive.

I think they charged us for tea ($1.50 each) or something because our bill worked out to about $55.00 before tip. All I can is I wasn’t impressed and probably will never be back. Even if we excluded  the items we took for takeout, it’s still overpriced. No idea who still goes here. I know pickings are slim but come on people, wake up. Don’t get ripped off.