Kerala Restaurant, previously known as Savoy’s Health Café, is tucked away in a plaza directly north of Southgate Mall. Look for a continuous stream of cars lined up, waiting to get their Tim Horton’s fix. Kerala has been open for a few months now and specialize in south Indian food, which seems harder to find compared to their northern counterpart. I’m trying to recall how they came up on my food radar but I’m drawing blanks. 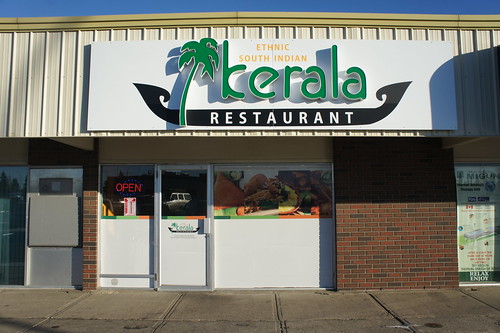 J and I decided to check them out on a late Sunday afternoon. We came around 2:30pm so obviously the place wasn’t too busy but there were a couple of patrons inside. The interior is nothing fancy but it is simple and homey. 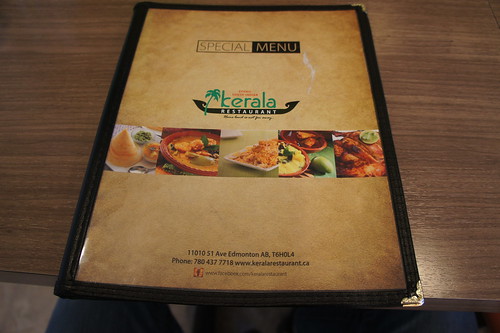 Not sure why Kerala claims this to be their “special” menu. LOL. 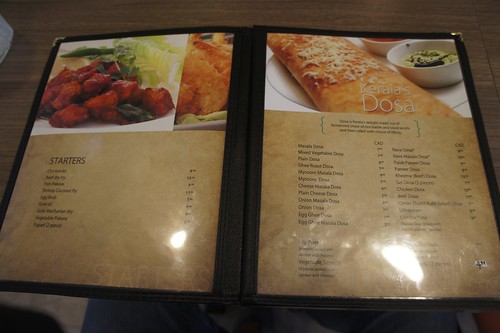 Dosas appear to be one of their speciality items here as several tables were ordering them for lunch. I’ve had dosas several times and wanted to try a couple other things on their menu so we skipped out this time. 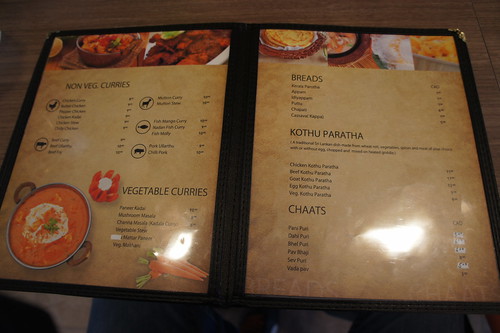 A couple curries along with quite a few breads I’ve never had or heard of before, kothu paratha and chaats (savoury snacks). Chaats are street food snacks – wish we had tried a few of these instead as I’m a sucker for anything originating from street stalls. 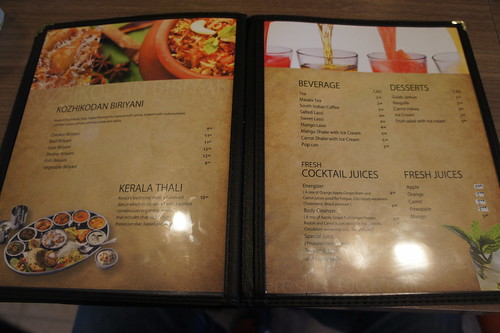 Biriyani and thali round things out. Their fresh cocktail juices are a perfect way to get your dose of healthiness in. 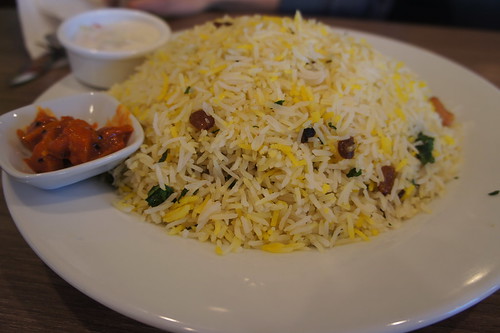 Made Kozhikodan style, baked basmati rice layered with spices and topped with cashew, raisins, deep fried onion and served with hot pickle and raitha. This biryani was pretty similar to what we had when we went to Chutney. Simple but the goat was tasty. I liked the combination of cashews and raisins which gave the rice some sweetness and crunchy texture. 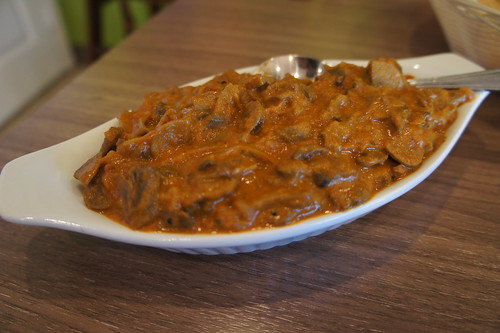 We decided to try one of their vegetables curries and opted for their mushroom masala. I love all things mushroom but the flavour here was pretty one dimensional. Serving portion was also on the small side. 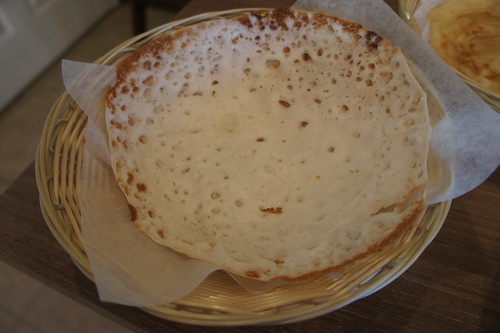 We decided to try a couple of their breads although they were out of a few that I’ve never had before. The appam was the best out of three but quite plain. Odd that there was no sauce or condiment to accompany any of the breads so we resorted to using the curry as a dip. Couldn’t help but compare them to Sambol’s amazing hoppers (which is like appam’s cousin in Sri Lankan). 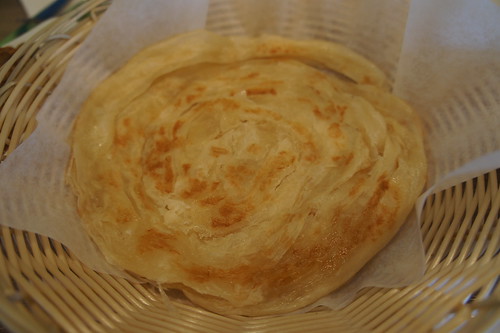 The kerala parotha is a layered flatbread. Think of it as an Indian style roti canai without that amazing Malaysian deliciousness. It was somewhat flaky but lacked any real flavour. 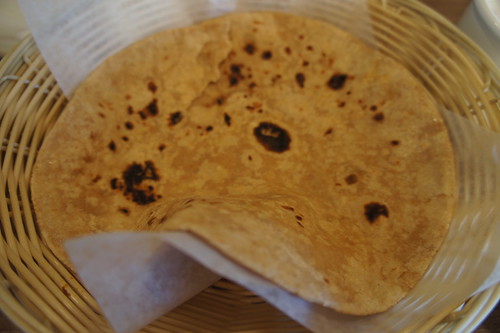 The chapatti is unleavened flatbread. Apparently, this one is like regular roti. I wasn’t a fan. Skip it. 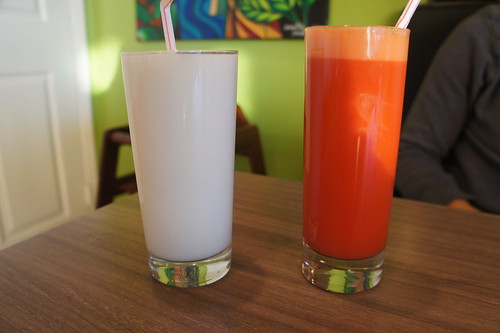 I was intrigued by their sweet and salty lassi’s, both of which I’ve never had. I decided to go with the former and for me, it pretty much tasted like a sweet yogurt drink. Refreshing and light but mango lassi is tastier in my books. J ordered The Energizer which is made up of carrots, apple, orange, beet and ginger and claims to reduce fatigue, circulatory weakness, cholesterol and blood pressure. I had a sip and you can tell it’s fresh. If you’ve ever juiced your own drinks, you’ll know what I’m talking about.

Overall, everything was decent but perhaps we would have had a better meal if we had stuck to their dosas or focused on some of their speciality savoury snacks. If you’re looking for Indian food that is light and healthy, Kerala is worth a shot. Plus, it’s a stone throw’s away from Southgate so perfect for a before or after shopping meal.