A couple of restaurants seems to have magically appeared overnight, with Baha Cabana being one of them. Claiming to specialize in Caribbean Chinese, I’m pretty sure this is a first for Edmonton. It’s not as strange as you think – I actually have lots of relatives that are originally from the Caribbean. The accent is dynamite! Although after visiting, this seems to fall more along the lines of Indo-Chinese than Caribbean. 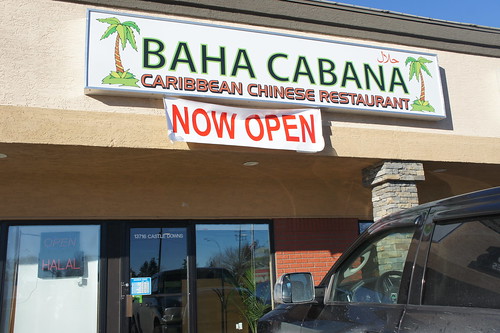 The only reason we even know of its existence is because we drove by a few weeks ago and spotted the signs. Well, we decided to give them a try even though we had not idea whether they were open yet. Turns out they opened mid January. 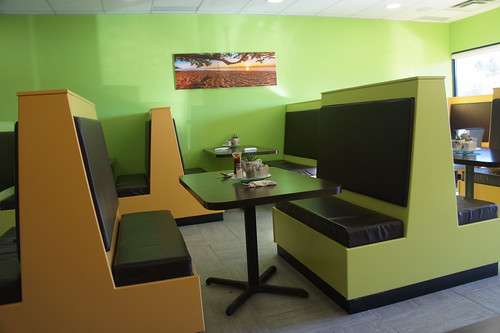 Dbone and I drove over on a Friday for lunch and we had the whole place to ourselves. The place is visually bright and clean but what’s with the colours? Green and yellow are an interesting combo if you’re an Eskies fan. 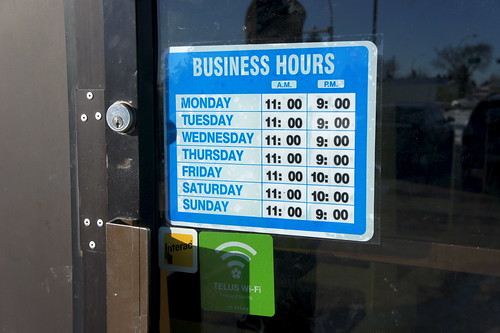 Open every day of the week! Except Monday. Everything else is right, I swear. Except the newly updated hours: closes 10pm (Tuesday-Thursday and Sunday) and midnight (Friday-Saturday). Funny how their kid was there chilling on a Friday. Don’t kids still go to school these days? 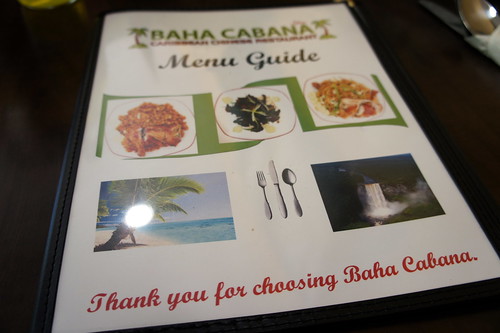 The menu looks like something out of Powerpoint 95. Think they would have done better with just a plain pictureless front. Sometimes less is more. 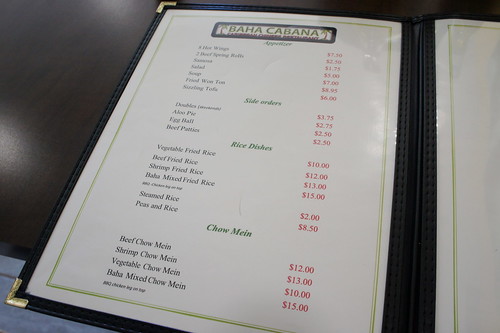 Pretty standard rice and chow mein dishes. The only thing that intrigued us was the aloo pie and egg balls (no idea what those were). 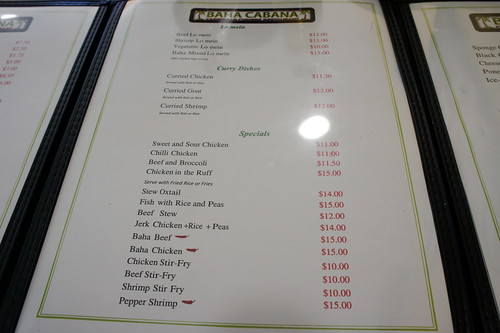 The curry and specials dishes looked more promising with oxtail, jerk chicken and curries. We know Chinese pretty well so we decided to focus more so on their Caribbean dishes. 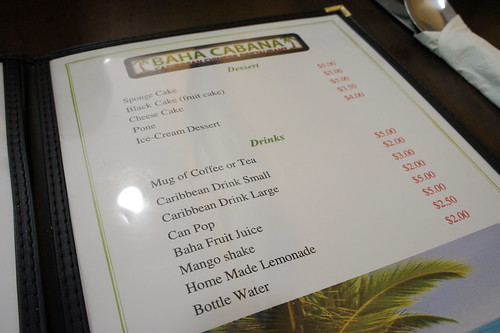 Couple desserts and drinks. Our waiter/owner was selling us hard on his specialty Caribbean pop drinks. 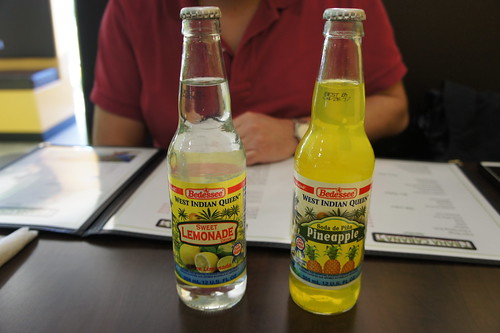 We succumbed to his peer pressuring and each tried a bottle. Sweet lemonade and pineapple. The label made me laugh – they brag that it contains 0% real juice. The lemonade was the better of the two but honestly, we weren’t a fan of either. Too artificial and overly sweet for my liking. Get a ginger beer instead. 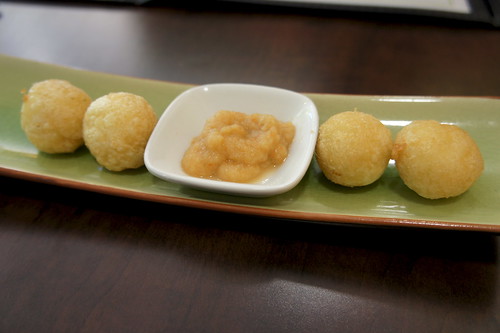 I actually had no idea what these were but they brought them out as a complimentary starter. Turns out they are cassava balls – all I know is that these were delicious. Came out hot with a light crispy bite. The dipping sauce was also moneeeey. 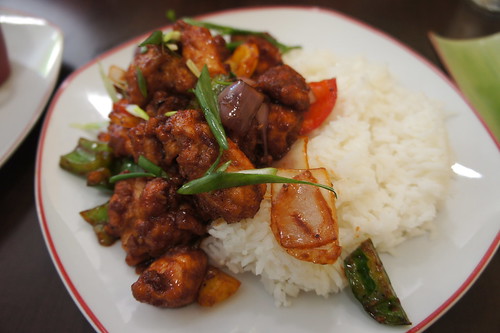 This is definitely a fusion dish between the two cuisines. This was probably our favourite dish. Lots of vegetables (onion, green onions and red/green peppers) which the rest of the dishes sorely lacked and the chicken had a nice balance of sweetness. A good wok hay flavour. 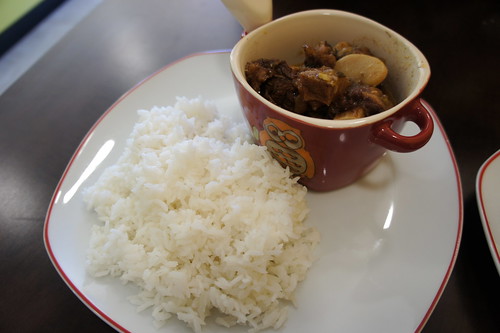 The stew oxtail was good but there was quite a bit of fat. The actual meat to fat/bone ratio taking into consideration the price point wasn’t exactly good value, especially when all you get as a side is white rice. Hope they change this and add a more balanced dish (vegetables and either a different rice or noodle would make things more enticing). 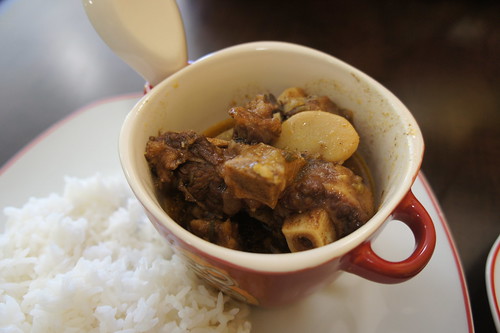 Close up of the stewed oxtail. The pots that they come in are actually quite unique. 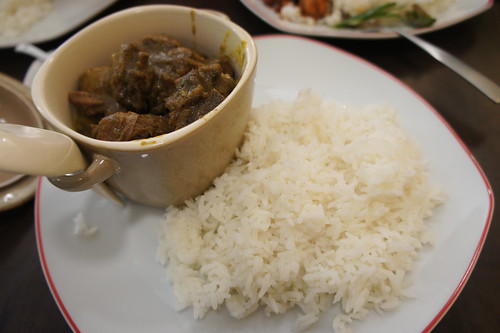 The curries come with either rice or roti. We ordered the roti but they accidentally brought out rice. We let our waiter know and he apologized and brought out a roti a few minutes later. 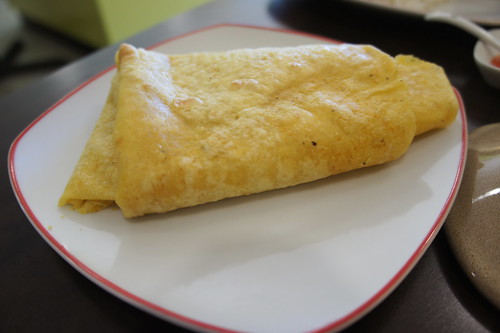 The roti wasn’t what I was expecting. Nothing like the roti you get at Malaysian restaurants. This one was pretty unappetizing – really dry and flavourless. I guess you’re supposed to dip it with your curry but even that couldn’t save it. We ate maybe half. 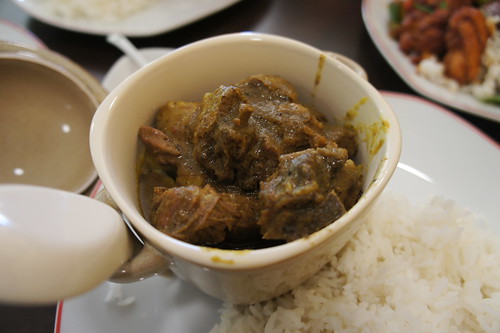 Close up of the goat curry. The goat was tasty and tender but wasn’t very spicy. The curry was the better of the two but again, too much rice and not enough meat! 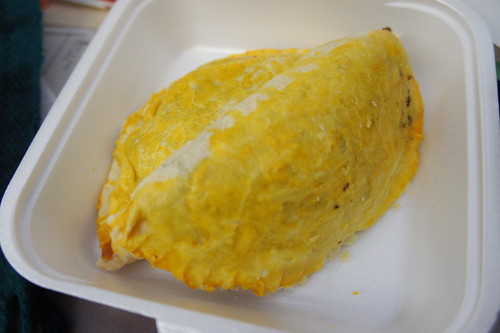 We had actually ordered a couple appetizers at the beginning to try but they forgot to bring them out (which was fine with us because we definitely over ordered). They realized that when we went to pay and gave us two beef patties on the house to try. So sweet of them!

Dbone and I both agreed that it was worth a try but we aren’t inclined to come back right away. With that, the family serving us was very friendly and I hope they do well as north side clearly could use more restaurants like these.