UNA Pizza + Wine is notorious for having crazy long lineups as it’s one of those no reservation type of restaurants. They’ve been packed every single time that I’ve visited except for during our most recent one! Forget about waiting 1-2 hours on Friday or Saturday evening unless you enjoy that type of thing. You could always mosey over to another spot on 17th Ave or else check out their sister restaurant, Ox and Angela. 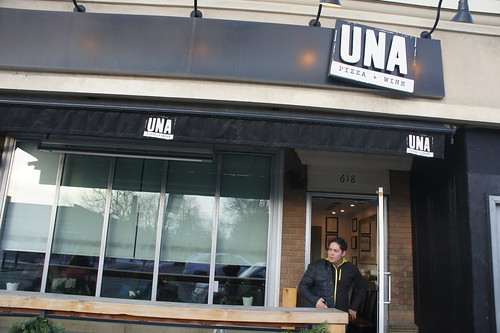 Inspired by California pizza joints, UNA focuses on doing one thing well. Pizzas. Does it live up to all the amazing pizza spots in California? Pizzaria Delfina was the first thing to jump into my mind after reading about their Cali influences. That place is legit. If you’re ever in San Fran, check them out. 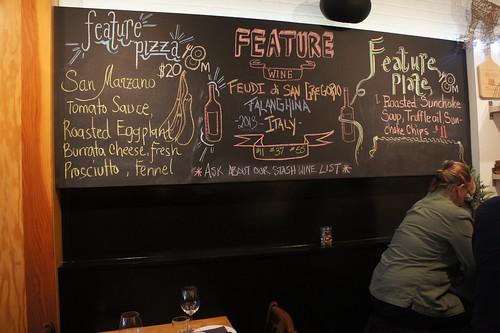 The art lining the walls is funky and fresh with a bunch of cool people-cheese inspired sketches. The place itself is long and narrow with tables packed tightly together. You could say it’s cramped but that’s part of it’s charm/hipster factor. They also have a little patio on the outside that’s perfect for people watching in the summer time. 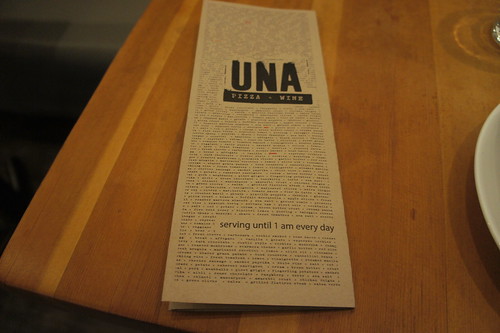 So random but hilarious at the same time – they have a Harry Potter audiobook playing in the washrooms to sooth you over. Lumos! I like how they are open every day until 1am! Nothing like some quality late night eats. 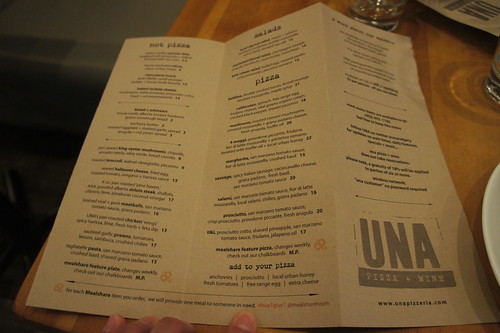 Menu is pretty concise – “not”pizza, appetizers, salads and pizza! If you don’t want to wait in line, I’d suggest checking their Twitter feed before you head over. 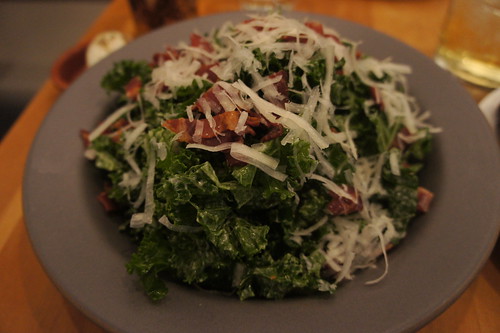 Boiled egg, toasted panko, crisp prosciutto and pecorino romano. As my sis can’t eat gluten nor egg, we got the boiled egg on the side and without the toasted panko. Perfect for me as I’m not the biggest fan unless that egg is in ramen! I feel their egg would be much better if it was runny over being boiled. Blah. Sans egg, this is still one of my sister’s favourite salads – she orders it every single she comes here. The kale had a nice crunchy element to it and I like how the caesar dressing isn’t too creamy but tastes light and healthy. Would I order it myself? Debatable. 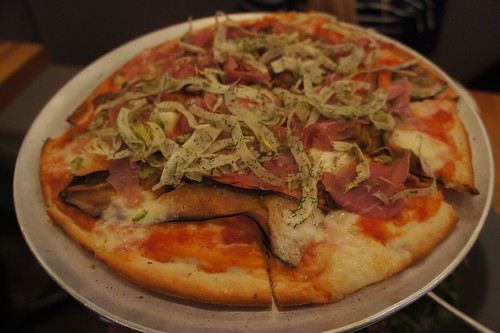 San marzano tomato sauce, roasted eggplant, burrata cheese, fresh fennel, fresh prosciutto. You know I’m down for anything with eggplant in it so we obviously had to order the feature pizza. The pizza here is thin crust and it has a nice crunchy bite to each slice. The toppings were interesting (never had fennel on pizza before) but there wasn’t any bursts of flavour for my taste buds. Good, just not great like Cali pizza spots. I’ve had their mushroom pizza ($17.00) on a previous visit and felt the same way. 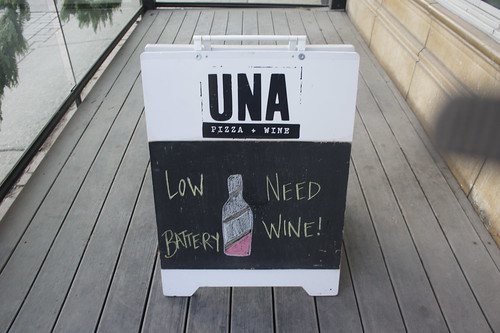 UNA is a solid place to grab some high(er) end pizza. It’s pretty impressive that the kitchen can do everything gluten free as this is pretty hard to find in most restaurants. If you want good food and to be part of the trendy hipster scene, this is definitely your spot. My advice is come early or late (aka. during off-times), or better yet, head over on Sunday afternoon like we did for no line.