Ohhhh baby, found a new spot for Korean food. Obviously, it’s south side but do yourself a favour and jot down their address. I thought it was in the same plaza as Sambol but that turned out to be Ginseng (the AYCE Korean restaurant). Oops. All good, it’s only a bit further east – look for the Legends Sport Bar & Tap House as KG is right next door. 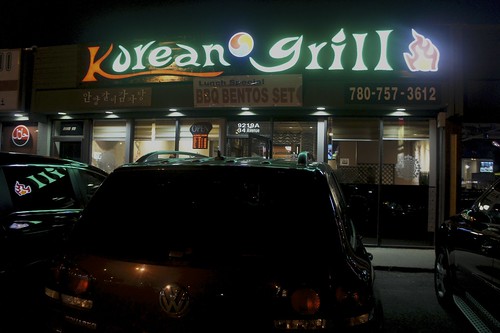 Three of us decided to go for dinner Saturday evening and having heard good things from a buddy of mine about Korean Grill, we decided to check them out. The place was busy – not a table was empty when we arrived around 7pm. Holy crap, I wasn’t expecting that. The interior is brand new, modern and clean. I like how each table has their own grill/stove which was mainly being used to heat up the Korean hot pots that everyone was ordering. I think you can grill your own meat here but I didn’t see anyone doing it while we were there. Service is a little spotty, even with the “call” buttons that they have on the table. The idea is there so hopefully they work on executing that. 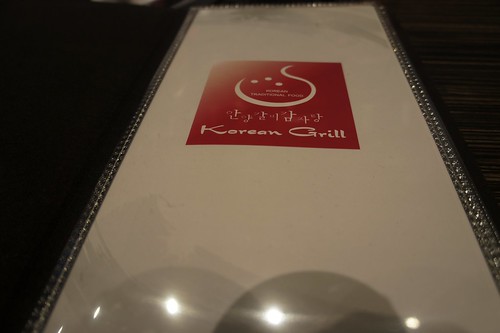 The menu has pretty much every Korean thing imaginable except for ssam (although I asked the lady and they had something similar, #32). They have an intriguing lunch special (3-4 bento type options but only from 11am – 3pm weekdays). They also have a late night special menu, which is only available after 8pm so we’ll have to try that next time! 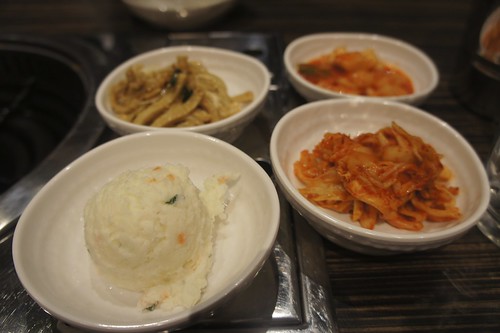 We were given four types: kimchi, cubed radish, Korean style potato salad and dried squid (I think). Good stuff, especially the last two, just wish they came back and asked if you wanted any refills. 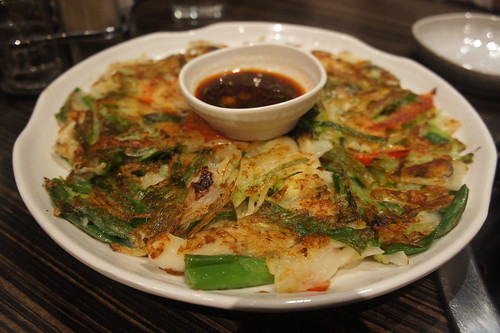 My buddy said this was the must order from his meal so we gave it a try. Price is extremely reasonable given how massive the pancake was. Good amount of seafood along with a lot of long pieces of green onions. The vinegar soy sauce mixture was the perfect amount of sweetness – it was gone before we finished our pancake. 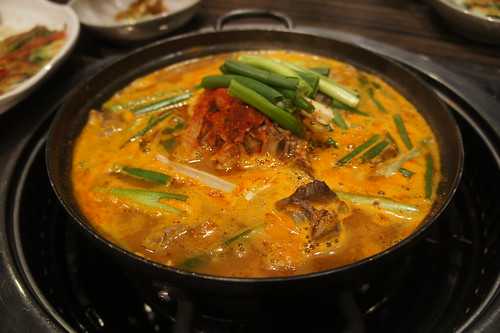 If you’re worried the small won’t be big enough, stop. The waitress told us this could feed 2-3 people that it easily fed three of us and probably could have filled a fourth. The hot pot was excellent with a nice spicy broth, several large chunks of pork bone and potatoes. The meat was tender and succulent. 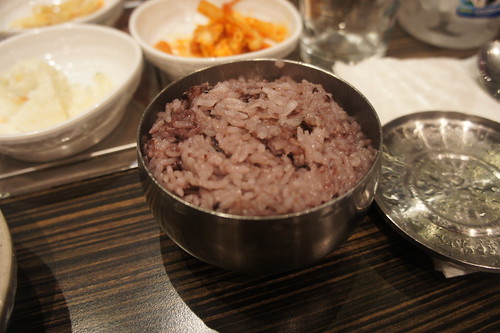 The stew also comes with two bowls of rice (the purple kind!) so lots of food here. Definitely order one! 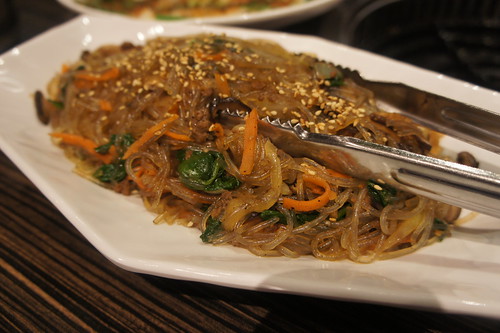 Stir-fried glass noodles. It surprisingly had a nice bit of a kick to it. Pretty typical Korean fare but it was tasty and I only was able to get one scoop to try so that’s a good sign. 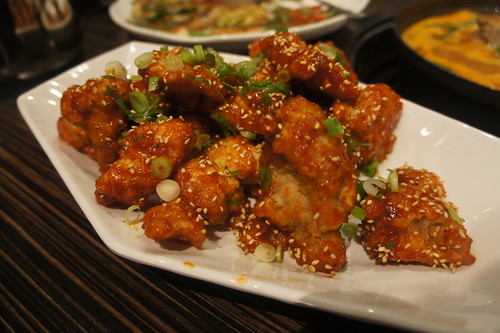 Crunchy, tender chicken bites that you won’t be able to stop reaching for. The sauce had the right amount of coating and the chicken tasted light, flavourful and had the perfect bite to them.

I was impressed by our first meal at Korean Grill and am looking forward to coming back soon to check out their late night eats special. Hopefully we can use the grill next time. Hours are good (closed Mondays, everything else is 11am to 10:30pm). Another Korean spot worthy of the drive!