Malaysian food is pretty much non-existent in Edmonton so when I read up on a new place that opened up back in July (see Sharon’s blog), I was pretty excited to give it a try. Would it be anywhere near Banana Leaf’s standard (check it out here and here)? I sure hoped so. 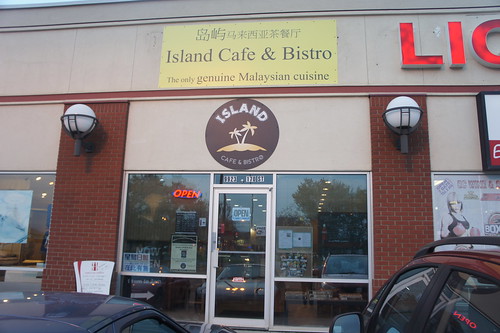 Well, we came on a Tuesday evening around 8:00pm to find the place relatively busy given the day. This place seems to be a hangout for a group of drivers/racers – if you want to see some random mini drag racing, this is your spot. They’ve taken over the same place previously occupied by The Tea Place. The décor hasn’t changed much save for a few more tables and some racing posters hung up on the walls. We were seated right by the doors (one bud was freezing so perhaps sit further back if you’re cold blooded). 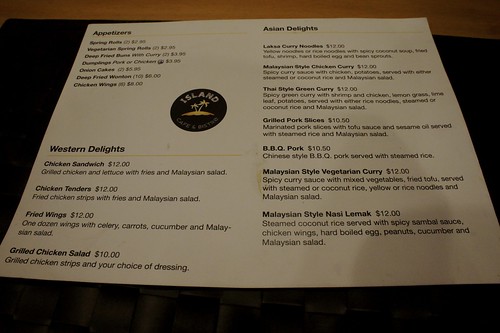 There’s a few Malaysian specialties on the menu (nasi lemak, laksa and roti canai) along with appetizers, western dishes and bubble tea. 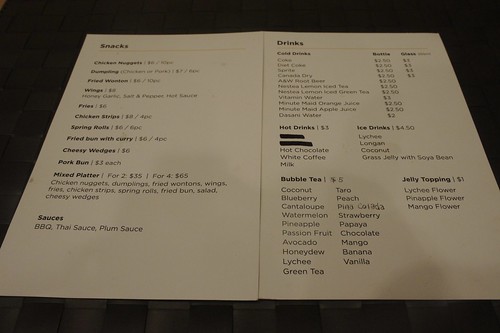 Snacks and drinks round things out. 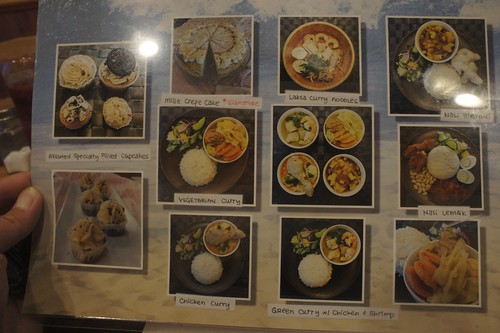 The menu is small and simple – at least they’re smart and have a picture menu for those that may be unfamiliar with Malaysian cuisine. Not sure if they have that anymore though as they revamped the look of the menu on a recent visit. 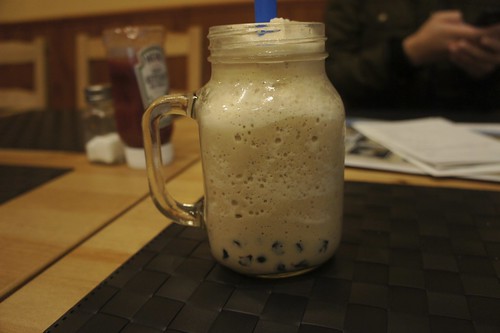 I don’t really drink coffee but when I was browsing their website, this specialty drink caught my eye. It’s not on their regular drink menu so make sure to ask if you want to try it! It was my first time trying white coffee and in a nutshell, it tasted like a better version of an ice cap. Ice cap 2.0. Less sweet and much more refreshing. The pearls were decent. They definitely don’t skimp on the quantity. It felt like there was a never ending amount of them in my drink. 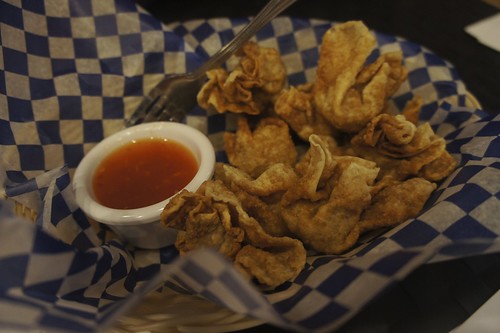 10 pieces of deep fried goodness that came out piping hot to our table. We shared the wontons while we waited for our friend to leave. A nice appetizer to start but nothing too special about them. 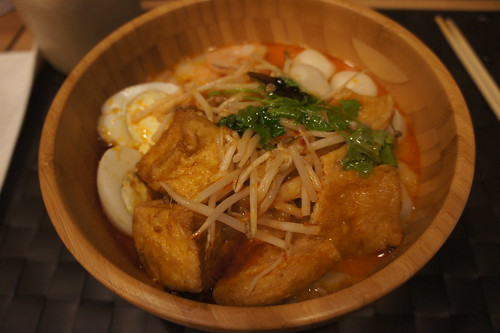 I had to try out their laksa as it’s one of my favourite Malaysian dishes. It came with shrimps, chicken, and bean sprouts. I asked for them to make it spicy. Verdict? The broth was flavourful but it was missing the complexity, depth, and heat that I love so much about Banana Leaf’s laksa. Guess BL can’t be replaced. Still, it was pretty good for Edmonton standards as there legitimately is no other options (sorry, Tropika doesn’t count). 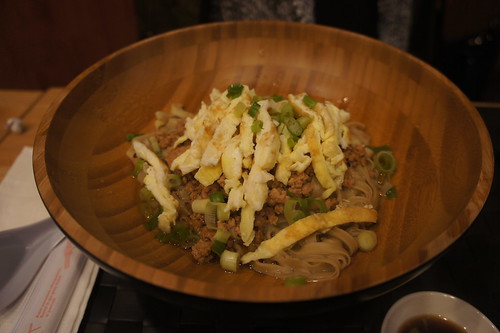 This was one of their specials of the night. Egg noodles served in a pork broth with minced pork, eggs and green onions. My three friends all ordered the same thing (you’re killing me guys) which I was not impressed by. I had a taste and everyone agreed that the dish was tasty but pretty simple flavour wise. My friend claims she could make something similar herself.

I need to come back to try a couple other of their dishes. I hope more people go and try them out. Check them out instead of the Earls and Ricky’s located in the same plaza.